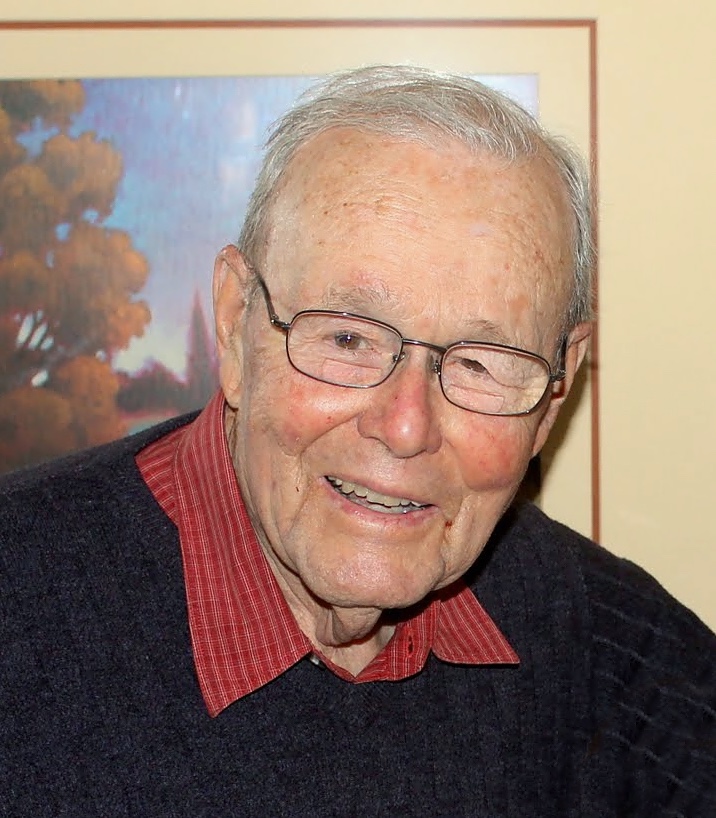 John R. Fulkerson, age 94 of Appleton, Wisconsin passed away peacefully on Monday, October 14, 2019 at his home at Touchmark surrounded by his family. John was born on June 21, 1925 in Rochester, Minnesota to the late John and Mae Fulkerson. He graduated from John Marshall High School in Rochester, Minnesota in 1942 and entered the Army where he served with valor during World War 2 spending the last year in the Philippines preparing for the invasion of Japan before the war ended. He was honorably discharged and then enrolled at Iowa State University in Ames, Iowa graduating in 1950 with a degree in Chemical Engineering. He was an honor student who was particularly proud of his Acacia Fraternity and the men he met there. He met his wife Edith at Iowa State and they were both alums who followed the Cyclone sports teams with vigor all through their lives. John and Edith were married in Burlington, Iowa on February 3, 1951 and spent 64 wonderful years together until her passing in 2015.

After graduation John was employed by the American Can Company in New Jersey in 1951 before joining their Neenah, Wisconsin location in 1954. He spent his career in the paper business in paper mills in Wisconsin, Alabama, Iowa, and Michigan. He retired from American Can Company when the Green Bay, Wisconsin mill was sold to James River Corporation in 1980, then joined James River where he worked until full retirement in 1987.

In retirement John and Edith moved to Niceville, Florida and spent 15 years honing their golf game, meeting new friends, enjoying a new church and traveling the world together. His grandchildren especially enjoyed visiting him there as he was sure to spoil them with trips to the ice cream store or donut shop. Their travels took them to New Zealand, Europe, Central and South America, South Africa, Iceland, Mexico and across the United States always returning with stories of the things they did and the people they met. He was particularly proud of a solo trip he took to Africa to visit and support a missionary friend and to see and meet the wonderful people there. In 2002 John and Edith moved to Sturgeon Bay, Wisconsin living in a condo at the Cherry Hills resort. Biking, golf, and volunteer work were a big focus. He and Edith loved the UWGB Women’s basketball and had season tickets for many years. They were active at the Ridges Sanctuary, the Door County Land Trust and fell in love with St. Paul’s Lutheran Church in Juddville where they were both active in ministry, particularly enjoying their favorite pastor, Michael Brecke.

John’s life was built on family, first as a great husband to Edith, then as a wonderful Dad to James and Jay, then as an energetic active Grandpa to Erin, Kari, Richard and Anthony. He set the bar high for his sons as a husband and Dad and was the best grandpa ever. His wit and intelligence, his energy and generosity, his passion to always strive to do the best you were key traits he passed down to us. His faith in the Lord, his smile and excitement to see visitors with his signature touchdown welcome and his grace in the final days will always be remembered by those of us blessed to be by his side.

A memorial service will be held at Wichmann Funeral Home Tri County Chapel, 1592 Oneida St, Appleton on October 27, 2019 with visitation at 3:00 pm with service at 4:00 pm followed by military honors with Pastor Gary Nokleberg officiating.

The family would like to thank the staff at Touchmark, especially the caring nursing staff and those in the cafeteria who faithfully served him over the past 7 years. In addition we thank Crystal and her team from Heartland Hospice. Your caring of Dad during these days will be forever remembered and each of you should be very proud of the work you do. In lieu of flowers donations can be made to Habitat for Humanity.