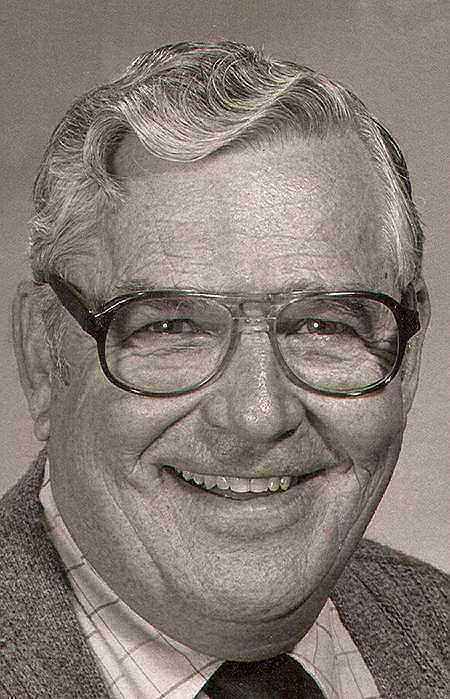 John Peter Houk, Appleton, 73, died Saturday evening, July 10, 2004, at his home, peacefully, with his family at his side. He was born November 9, 1930, to the late Emory and Jeanne (Bailey) Houk in Lansing, Michigan. He grew up in Grand Rapids, Michigan and has been an Appleton resident since 1966. Pete served with the U. S. Navy during the Korean Conflict. He was employed by Aid Association for Lutherans (Thrivent Financial) from 1961 until his retirement in 1987. Following his retirement he became a ‚Äúprofessional volunteer‚Äù working with the Boy Scouts of America, where he received the Silver Beaver Award, the Girls Scouts, Salvation Army, St. Joseph Food Pantry and the Flag Day Parade Committee. In 1991, Pete received the Post Crescent Volunteer of the Year Award. His special loves were camping, reading and his volunteer work.

A former member of Good Shepherd Lutheran Church, he became a member of Prince of Peace Lutheran Church, where he was a greeter, usher and involved in other church activities. He was also a member of the Fox Valley Breakaways Good Sam RV Club, the Jaycees, the Tin Can Sailor Association and the Brinkley Bass Club.

Funeral services for John Peter will be held at 11:00 am, Wednesday, July 14, 2004, at PRINCE OF PEACE LUTHERAN CHURCH, 2330 East Calumet street, with Reverend Gary Nokleberg and Reverend Roger McQuistion officiating. Friends may call at the funeral home from 4-8 pm, Tuesday and on Wednesday at the church from 10:00 am until the time of the service. In lieu of flowers memorial funds are requested for the Boy Scouts of America and the Salvation Army.

Jesus, You have said, ‚Äúhe who has ears to hear will hear.‚Äù So also he who has eyes to see will see. Peter, this Christian from the inside out, was irreverent, unconventional and a maverick-full of fun and humor. But he was also an angel‚Äôs voice, telling me what You wanted me to hear, what You wanted me to know, what You wanted me to be and do. In good times and bad, he was never without an encouraging word or a light-hearted laugh. He was, is, and always has been Yours, and now You want him home. And though it is so hard, I give him back to You, to greet the other angels and to welcome new saints into Your holy, glorious kingdom. Thank you for giving him to us. He was a rare and precious gift. Peggy