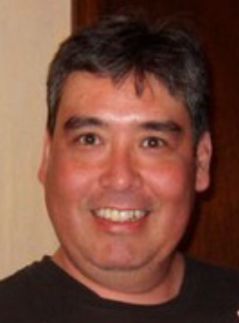 John Paul Pack (Pac-Man), age 52, beloved father and grandfather passed away unexpectedly on Sunday June 3, 2018 due to heart complications. He was born on August 16, 1965. John grew up in Menasha with his paternal grandfather Norbert Pack and attended St. Mary’s High School. John loved to watch movies and listen to music with his daughter, Heather. John also took a huge interest with the Dallas Cowboys and shared this passion with his son, Tony and grandson, Zamien. John lived the last 16 years with his girlfriend, Sara and her son, Eric where they made many great memories. He loved to spend time with his family and friends, watching movies, going to concerts, hearing his favorite songs, and having cookouts. He just loved being with his loved ones. He loved to tell jokes, laugh and putting smiles on everyone’s faces. John always had a story to tell- such as; things he did with childhood friends, a certain concert he went to or seeing UFO’s. He always liked to share his memories with people he loved. John also enjoyed going to antique shops and going on EBAY to collect Bruce Lee, Green Hornet, and Batman memorabilia and many other things. All the grandchildren called him “Grandpa Joker” and he was dearly loved by many.

He was preceded in death by his paternal grandfather, Norbert Pack; mother, Jean (Smith) Pack; and father, Anthony Pack.

A celebration of John’s life will be held at 4:30 p.m. on Wednesday, June 13, 2018 at WICHMANN FUNERAL HOME LAEMMRICH CHAPEL, 312 Milwaukee St. Menasha. There will be a time of visitation from 3:30 p.m. until the time of celebration. There will also be further time of sharing and a feast following the celebration at Jefferson Park, 915 3rd St. Menasha at 6 p.m. Private family interment will take place in St. Mary’s Cemetery in Menasha.

In lieu of flowers, a memorial fund is being established in John’s name.