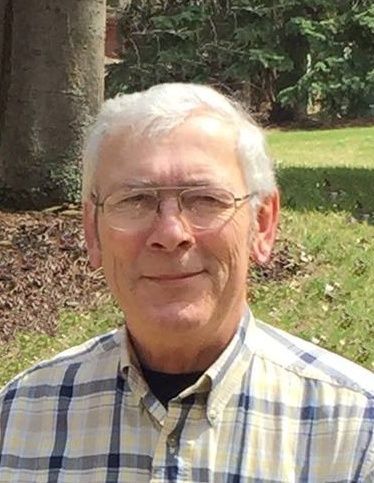 John Paul Bittner, 68, of Appleton died peacefully surrounded by his family on Friday, leaving this earthly plane much, much too soon. A loving husband, father, and grandfather, he succumbed to the damage caused by an abdominal aortic aneurysm following a two-week hospital stay.

Born into a large – and growing — family on April 25, 1948 in Mosinee, John met the love of his life and his wife of 46 years, Lois Jean Lewis, in 1968. He was drafted and served his country in Vietnam, receiving a Silver Star and a Purple Heart. Following his long recovery from war wounds, he married Lois on April 25, 1970 and as he had put it had received “his best birthday gift ever.” Together they raised three children, two sons and a daughter.
John was a reserved, yet passionate man, reveling in the joys and successes of his sons, daughter, and his seven grandchildren. He was an avid remote control aircraft flyer, building, modifying, flying – and repairing – hundreds of aircraft during his lifetime, competing locally and internationally, and serving in board positions for the Calumet Flyers Academy of Model Aeronautics Leader Remote Control Aircraft Club. His best days were “at the field” sharing this hobby with his friends and family, and he was able to be there doing what he loved on his last day outside of the hospital. He was quick to offer assistance, slow to anger, and always willing to go the extra mile for those in need. He was intensely loyal and dedicated to his job and his family. He worked for his entire career at Appleton Papers, Incorporated (now Appvion), serving in multiple roles in the plant and for his union, retiring in 2008.

He loved camping, casino gaming, and the Green Bay Packers. He was a skilled craftsman, mechanic, and handyman. He enjoyed traveling and loved playing games with an uncanny ability to win. Much to his wife's chagrin, he loved coconut and was prone to late night snacking. He will be sorely missed by all whose life he touched. He led quietly by example, often shunning the spotlight for recognitions well-deserved.

In lieu of flowers, a memorial fund will be established to support the Calumet Flyers youth programs and educational mission.

A visitation will be held on Tuesday, August 30th 4:00-7:00pm at Wichmann Funeral Home 537 N. Superior Street in Appleton.

A funeral mass will be held at St. Paul's Catholic Church in Mosinee on Wednesday August 31st at 11am with a visitation beginning at 9:00am.