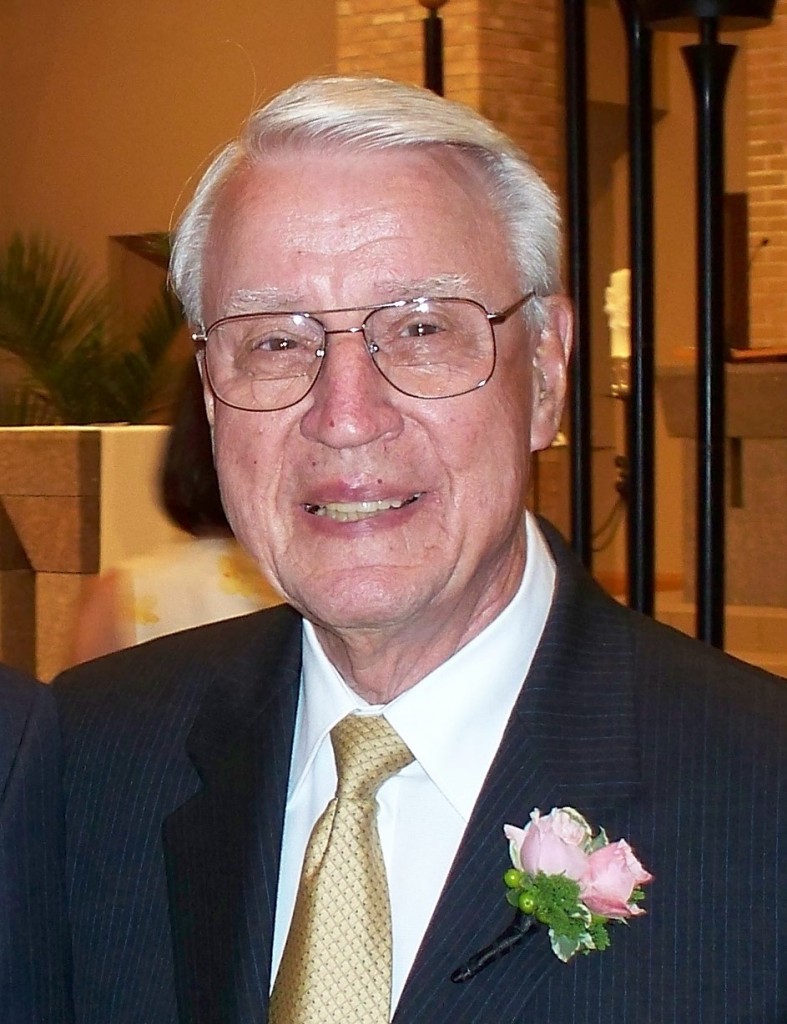 Husband, father, family patriarch and proud World War II veteran, passed away peacefully at the age of 95, September 14th, at St. Therese Hospice at St. Odilia’s in Shoreview, MN, most recently from Appleton, WI and born in Sturgeon Bay, WI.

John and his fraternal twin, Edwin, were born in Sturgeon Bay (Sawyer), WI on January 20, 1922. As a boy, John lived a storybook life full of adventures in fishing, hunting, working on the family cherry orchard, Gall’s Grocery Store, and as a young adult, delivering the US Mail. By far and away though, his greatest adventure, at least by the stories told, was working at Cabot Lodge, owned by his Aunt Ukie (Eulalia) and Uncle Frank Cabot.
Enlisted into World War II military service in 1944 John was assigned to the Army/Airforce as a B24, Liberator ball turret gunner stationed in Naples, Italy. As with most veterans of the “Greatest Generation”, while proud of his service, he didn’t speak much about it until his later years.

In 1964 John founded Appleton Business Machines selling and repairing Olivetti typewriters and calculators until retiring in 1985 to care for Marian in declining health until her passing in 2005.
In 1978, John and Marian bought an old waterfront home in Sturgeon Bay, Wisconsin which they lovingly restored. The “cottage” quickly became a gathering place over the next 40 years where family and friends spent many a summer weekend, creating a legacy of wonderful times spent together.

After Marian’s passing, John was blessed to spend many loving years with his special friend Patricia Harvey, traveling together and continuing the legacy of spending summers at the cottage in Door County.

Our sincere gratitude to St. Therese @ St. Odilia’s and Health Partners Hospice for the exceptional care Dad received in his final days. Memorials preferred to The American Cancer Society. Online condolences may be expressed at www.wichmannfargo.com.