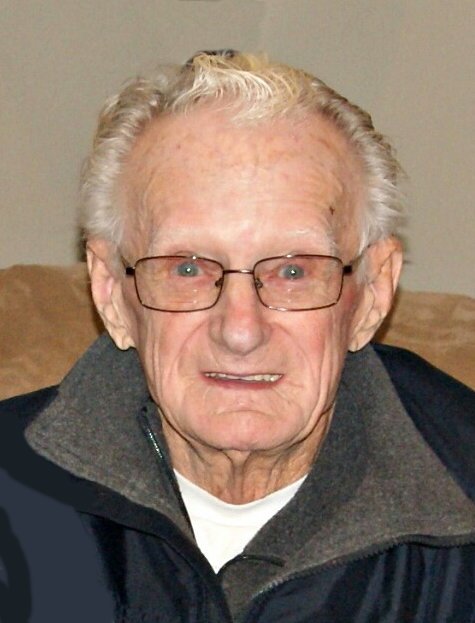 John William Smith was born February 25, 1927, the oldest boy of nine children to Arthur and Mary (Laughrin) Smith in Bear Creek WI. From a young age his parents instilled a strong work ethic, deep appreciation of agriculture, and love of family as the core values of his life. Following graduation from St. Mary's and Bear Creek High School he attended the University of Wisconsin Life Science and Agriculture school completing the farm short course. He was drafted into the Army Core of Engineers during the Korean Conflict. Following discharge, he returned to UW Madison to complete the dairy short course. He had a dedicated 40 year career in the dairy industry both as a field man and in the lab for many dairies including Consolidated Badger. He went on to work in the distribution field for an additional 30 years. Throughout his career he had a love of socializing, no matter who he met he would find a social connection to a person or place he knew. He found great solace in spending time in his garden, tinkering in the yard, and watching wildlife. He had no hesitation to help anyone in any way he could. He was a dedicated husband, father, grandfather, brother, and friend to many.

Jack firmly believed that by donating his body to medical science he could, in a very personal way, improve the health and lives of future generations.

A very special thank you to: Sara Meiers and nursing staff at FVHO for always believing in John's will to live; St Elizabeth Hospital's 3rd and 4th floor nursing staff for your support and encouragement; Kelly RN, Amber and Mary, CNA of Theda Care Hospice for your encouragement, compassion, and nurturing; Mary Pelkey for all her tender loving care so he could stay in his own home; and many friends and family for their visits, calls, and prayers. John appreciated all you did for him.