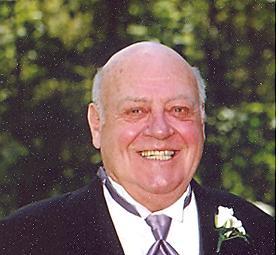 John “Jack” C. Hanegraaf, age 79, Darboy, Passed away “Right on Time” on November 8, 2013 at a local Hospital. Jack was born on January 2, 1934, or as Jack would say 1, 2, 3, 4, to Cornelius “Casey” and Betsy (Verstynen) Hanegraaf. Jack served with the Army from 1954 – 1956 as a Tank Commander in Company B, 7th Tank Battalion and was discharged honorably. His first job was with Bridge Way Drive In, a family owned business. Later he joined his father's business, United Grocers, which later became Roundy's. His final place of employment was with Pierce Manufacturing where he retired after ten years of service.
First, you need to know, Jack added “Life” to any occasion or situation with his wit and humor. He was such a comedian and he could always get people laughing. Here are just a few of Jack's sayings: Never say “Hi Jack” on an airplane; Wherever you go, there you are; Spread out! If a bomb drops we're all dead; and the infamous – “whatch-a-ma-call-it” by the “Thing-a-ma-jiggy”√Ø¬Å≈†
Jack was a very talented artist, sculptor and inventor. Two of his inventions were the hidden snow ski binding and his favorite one, the “Tab Toppler”, a handy ring device that made opening beverage cans easier. He had an extremely creative imagination. He was a wonderful husband, an awesome father, a brother, an uncle and he had a personality that was bar none. He was loved by all. Jack loved horse shoes, without the horse (because horses scared him) and golf whenever he had a chance. He had a great love for his family and was his children's biggest supporter. Jack was the foundation of instilling wholesome Christian values and giving us a strong work ethic. He shaped us (along with our Mother) into the people we are today. He was involved in the church in many ways throughout his life. As an artist, he carved a statue of our crucified “Jesus” that was shown at Holy Angels church in Darboy for over 15 years.
Jack is survived by his loving wife, Gail of 52 years, three sons, Kevin (Vicki) of Greenville, their twin son's Kade and Kyle; Peter (Wendi) of Crete, Illinois, and their five children, Chloe, Silas, Levi, Jude and Caleb; Stewart (Tasha) of Greenville, and two children Ashley and Rachael; and a daughter, Melissa (Gerry) of Seymour, and their three children Eli, Taylor and Jacklyn.
Preceded by: Parents, Cornelius and Elizbeth Hanegraaf, Brother Greg Hanegraaf and sister Celine Rippl.
Funeral Liturgy for Jack will be Tuesday November 12, 2013 at St. Mary Catholic Church, 312 S. State Street in Appleton at 10:30 am with Fr. Jim Leary, O.F.M. Cap officiating. Visitation will be at the church Tuesday from 9:00 to 10:30 am. Online condolences may be expressed at www.wichmannfargo.com.