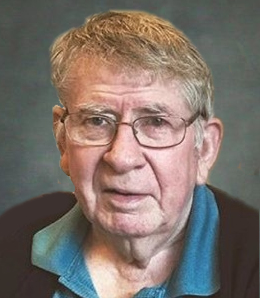 Jack Ashauer, age 82 of Kaukauna, passed away early on Sunday morning, July 15, 2018. Jack was born in Appleton on March 19, 1936, son of the late Anton and Lucille (Laux) Ashauer. He attended Holy Cross School and was a graduate of the Kaukauna High School. In October of 1963, he married Ione Thompson in a ceremony at Holy Cross Catholic Church.

He was a longtime and faithful member of Holy Cross Catholic Church, the Knights of Columbus, the Kaukauna Electric City Post #3119 of the VFW, and the Kaukauna Athletic Club. Jack was an avid sports fan and movie buff who also enjoyed travel, playing cards, taking an occasional “ride”, spending time with family and friends at Shawano Lake, and following the sporting activities of his grandchildren.

He was preceded in death by his parents: his in-laws: Sam and Ruby Thompson and Vernon Josie, brothers Leon (Carol) Ashauer, James (Carol) Ashauer, and Carol Jansen; and a sister-in-law: Phyllis (Ron) Genske.

The funeral liturgy for Jack will be held at 3:00 PM on Thursday, July 19, 2018 at HOLY CROSS CATHOLIC CHURCH, 309 Desnoyer Street in Kaukauna, with Fr. Donald Everts and Fr. Jack Mullarkey officiating. Burial will take place at Holy Cross Cemetery. Family and friends are invited to gather at the church on Thursday from 12:00 Noon until the time of the service. For more information or to share a memory of Jack, please visit www.wichmannfargo.com.

The family would like to offer their sincere thanks to all who have been there for them during these difficult times. They include everyone at BrightStareCare, Rennes Health and Rehab, Helen’s House, and their many friends and neighbors for the visits, good wishes, and prayers. We will forever remember your kindness.

Jack Ashauer will be remembered by all as a man who loved much, worked hard, and played hard. He will be missed by all who knew and loved him. In lieu of flowers, a memorial fund is being established in Jack’s name.