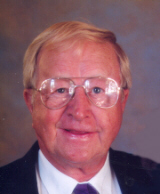 We would like to thank all the wonderful caring people at St. Paul Home and Villa who made our Dad‚Äôs last days so beautiful.

I pray that I may live
to fish until my day;
and when it comes to my
last cast, I then most humbly pray;
When in the Lord‚Äôs great landing net
And peacefully asleep;
That in His mercy
I be judged big enough to keep.

Goodbye Dad, may the breath of
Heaven fill you with everlasting
joy until we meet again.

With love in all our hearts,
Your wife and family