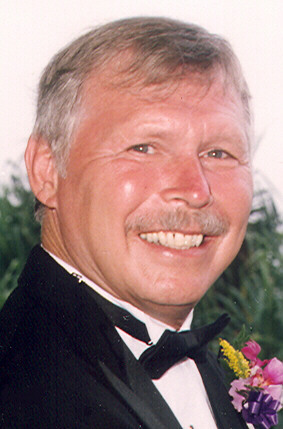 Age 69, of the town of Menasha, passed away Tuesday, September 30, 2008, at Oakridge Gardens under the care of Heartland Hospice.
John was born October 16, 1938, in St. Paul, Minn., the son of Florence (Eschenbacher) Bandholz, St. Paul, and the late John “Jack” Bandholz. He was a graduate of the University of Minnesota, and received his Master's Degree in mining engineering. His career with Allis-Chalmers brought John to Wisconsin, where he met and was united in marriage to JoAnn Kopac on May 30, 1964, in West Allis.
John and JoAnn were blessed with two sons, Jay and Brent. John enjoyed sports-playing softball and hockey, and coaching his sons as they grew up. He loved golfing and being with family on their pontoon boat at Lake Nokomis. He was a Packer fan, and spent many game days with his friends. The best times were spent with his family, especially his seven grandchildren.
John is survived by his loving wife of 44 years, JoAnn; his sons, Jay (Rhonda) Bandholz, of Waterford, and their children, Jared, Blake, Sydney, and Julia; and Brent (Gina) Bandholz, of Richfield, and their children, Brandon, Samantha, and Brevin; his mother, Florence, and his brothers and sisters, Susie (Kurt) Leavitt, Patty (Jim) Standing, Dick (Marilyn) Bandholz, Margie (Dick) Boyd, and Jerry (Debbie) Bandholz. John was preceded in death by his father, Jack.
Funeral services for John will be at 3:00 p.m. Saturday, October 4, 2008, at WICHMANN TRI-COUNTY CHAPEL with Fr. Norman Krutzik officiating. Visitation will begin at 1:00 p.m. Saturday until the time of services at Tri-County Chapel. Memorials in John's name may be sent to Heartland Hospice, 1145 W. Main Ave., DePere, WI, 54115.