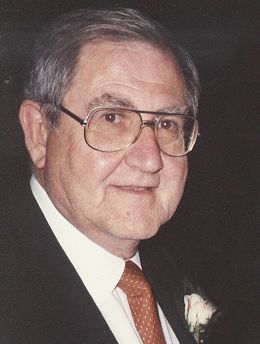 John Joseph Ashenbrucker, age 88, of Kaukauna, died on Monday, June 16, 2014. He was born on December 20, 1925 in Madison, South Dakota, the son of the late Joseph and Anna (Skala) Ashenbrucker. Following service in WWII he graduated from UW Madison where he met his unfailing wife, Patricia McDaniel. John worked for most of his career as an electrical engineer in the paper and packaging industry. He was a member of Triangle Fraternity, Knights of Columbus and the American Legion.

He was preceded in death by his two sisters, Antoinette and Helen Ashenbrucker; a daughter: Jane Jackson.

Humor was very important to John and he loved to share it with family and friends. His in the moment jokes provided decades of loving laughs.

John's family would like to thank the staff at St. Paul Home Rehab for the care and kindness they provided to John.