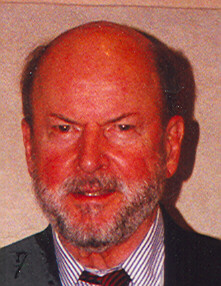 John Ives Kuebler, age 82, passed away at Appleton Health Care Center on November 3, 2009, after suffering from Parkinson's disease since 1980. John was born in Wausau on April 4, 1927, son of the late Frederick Ives and Florence (Wilson) Kuebler. John joined the United States Navy in 1945 and served honorably aboard the USS Rawlins as a Seaman First Class and Electrician enroute to Japan. John was honorably discharged in 1946. After the war, John finished school at Wayland Academy in Beaver Dam, class of 1947, and attended the University of Wisconsin- Madison. He worked for Nackie Paper Company in Milwaukee and came to Neenah to work for Hugh Strange Insurance Agency for a few years, then to Appleton for the Morrow Herner Agency. He became the General Agent for the Mutual Trust Life Insurance Agency for a few years and continued as an agent for Central Life of Des Moines, Massachusetts Mutual Life and then received the Chartered Life Underwriter (CLU) and Chartered Financial Consultant (ChFC) degrees. He was received Million Dollar Roundtable status and received the National Quality Award for over 25 years of service before retiring in 1986.

John is preceded in death by his brother-in-law, Walter Lawrence “Larry” Clark, Jr. and his nephew Paul Frederick Clark.

A Funeral Service for John will be held at 11:00 a.m. on Saturday, November 7, 2009, at FIRST UNITED METHODIST CHURCH, 325 E. Franklin Street, Appleton, with Dr. Doyle Blanton officiating. Friends will be received at the church from 9:00 a.m. until the time of service.