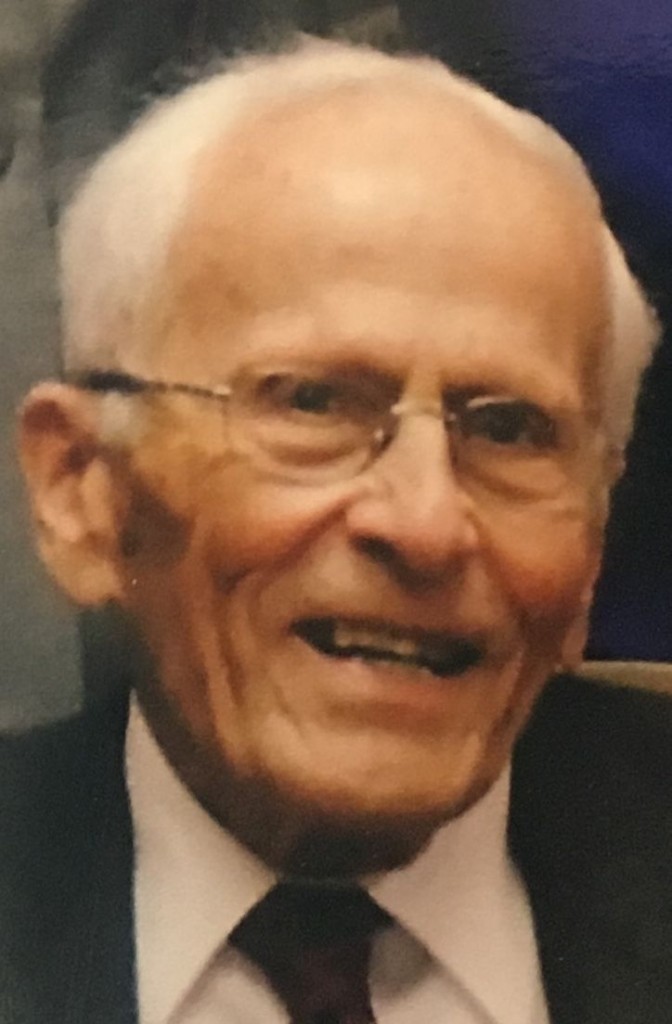 John Ira Davis died peacefully on April 30. He was born June 26, 1925 in Appleton, Wisconsin and lived nearly all his life here. He was a veteran of World War II in Europe shortly after graduating from Appleton High School. Upon returning home, he attended Beloit College and was a lifelong supporter of that school. There he met his first wife Marilyn Omundson, who was the mother of his daughters, Sara and Nell. They were married for twenty-six years. After Marilyn’s death he married Anne Heeren, and they were married for twenty-one years, until her death. John and Grace were married in 2002, and delighted in each other’s company for the past fifteen years.

In addition to Beloit, he also earned degrees from Stout State College and the University of Wisconsin at Madison. For thirty-eight years, he taught woodworking and mechanical drawing at Roosevelt Junior High School in Appleton. He was the proprietor of Homestead Mobile Home Park for over twenty-five years.

After retirement, he enrolled in the culinary arts program at the Fox Valley Technical Institute. Besides cooking and baking, his other talents included gardening, entertaining, furniture making and house building.

A lifelong member of the First Congregational Church, UCC, he was active on many church committees, taught Sunday school, arranged flowers, supervised the kitchen, and sang in the choir for over fifty years.

He is survived by a beloved family including his dear wife Grace Bauknecht Davis, Sara Davis and Christopher Haun, Nell Davis, Brad and Mary Bauknecht, Becky Bauknecht and Lisa Woods, John and Judy Davis, Shelley Passehl, Brian and Amy Davis, Chris, Stephanie, Drew, Will and Evelyn Bauknecht; Kate, Michael and Becca Nordmann, Caroline and Ian Rowley, Morgan, Seth, Grace and Caleb Williams; Coy Austin and Lora Theobalt, Pam, Shannon and Cassie Joy. He was predeceased by his father and stepmother, Taber and Signe Davis, and his brother and sister-in-law, James and Aggie Davis.