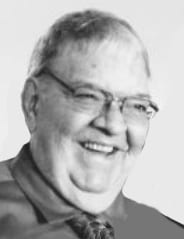 John H. Feller
January 7, 1948 - January 11, 2021
Print
Email
Service
Services will be private and a celebration will be held at a later date.

John Feller, age 73, died peacefully on January 11, 2021, at Aspire Senior Living in Kimberly.  For fourteen years, he battled illness, and was a warrior through it all. John was born in Appleton on January  7, 1948, son of Harold and Elvira (Conradt ) Feller, John was and a lifelong resident of Kaukauna.  He graduated from Kaukauna high school in 1967 and Stout State University in 1971.

John was honored to work for the Ariens company in Brillion for 32 years.    Always the engineer, John continued to work on things and figure out how things worked in his retirement.  Everyone know he was detail orientated and a man that loved the outdoors.

John married Giovanna Russo in Kaukauna on October 6, 1973. They lived in Kaukauna all their lives.

He is survived by his wife: Giovanna; a sister: Barb Feller (John) Tezlaff; a brother: Gary (Diane) Feller; a brother-in-law: John (Theresa Raedts) Russo; and a sister-in-law: Linda Russo.  He is also survived by many nephews, nieces, and great nephews and nieces.

He was preceded in death by his parents: Harold and Elvira; sisters Myra Vanevenhoven and Donna Snow; a brother-in-law Dr. Greg Russo, and his In-laws: Dr. John and Pia Russo.

Services will be private and a celebration will be held at a later date.

Please, no flowers.  In keeping with John’s wishes, memorials may be directed to Wild Wisconsin, where a child’s wish to receive help and assistance for their outdoor adventure will be made possible, or please donate to a charity of your choice.

Giovanna would like to thank all the doctors, nurses, and special friends that were caregivers for John over the years.  It made the journey easier for both of them.

Light a Candle
Service
Services will be private and a celebration will be held at a later date.