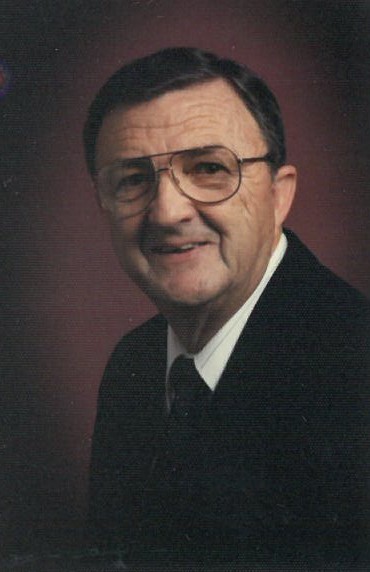 John graduated from Oshkosh High School in 1946 and enlisted in the U.S. Army for 18 months and served on Guam. He graduated from Milwaukee State Teachers College with a B.S. degree in music education. After teaching band at Wilson Jr. High in Appleton for 11 years, he received a grant to attend the University of Southern California. There he received his M.S. degree in guidance and counseling. He returned to Wilson Jr. High as a guidance counselor, where he remained for 26 years before retiring in 1990.

John continued his interest in music by playing in numerous orchestras and combos in the Fox Valley area, playing his tenor sax and occasionally his clarinet. He enjoyed Model A antique cars and even owned a 1928 Model A for a while. He was a member of the Nickle A Region Model A Ford Club. He also enjoyed playing golf at Reid golf course with his many buddies. He was also ready at a moment’s notice to play sheepshead. But most of all, John loved spending time with his family.

Funeral Liturgy for John will be held on Saturday, July 20, 2019 at 11:00am at St. Joseph Catholic Church, 410 West Lawrence Street in Appleton with Fr. Jim Leary, O.F.M. Cap officiating. There will be a visitation for John at the church on Saturday from 9:00am until the time of the service. Wichmann Funeral Home of Appleton is serving the family. For more information and to express condolences, please visit www.wichmannfuneralhomes.com.

The family would like to thank the staff of Appleton Retirement Community, Ascension Hospice and especially everyone at Heartwood Homes for their care and support.