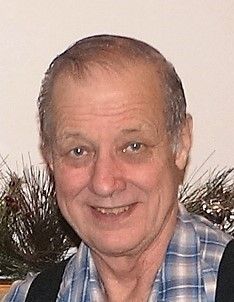 John Frederick Feavel Jr., age 70, of Appleton, passed away late Monday afternoon (June 20, 2016) at Thedacare Appleton with his family at his side.

He was born April 12, 1946 in Appleton the son of the late John and Anna (Stumpf) Feavel. Following graduation from Appleton West High School in 1965, John worked at the shipyards of Sturgeon Bay, then as a radio communications operator/technician out of Appleton, and finally Boldt Construction which was the career he loved and enjoyed for many years until he retired. His love of trucks, cars and fixing them all started with his father. He enjoyed traveling, flying, boating, fishing, hunting, drag racing, anything that he could enjoy with family and friends. He enjoyed working with tractors, restoring and fixing them. Steam engines were another of his pastimes that he enjoyed. John could be found lending a hand at just about any venue that you could imagine, but most of all his family was what kept him going, even if it was to just go eat or as he said to “split a bean”. He led an amazing life. Those that knew him could say he was a jack of all trades and master of many. Not many people had the knowledge he possessed. He had a kind heart and helped many people through his journey in life.

His family includes his daughter, Karri (Travis) Olson and their children Logan, Colton and daughter Arianna (due in September) of Plymouth, Wisconsin; brother James Feavel of Appleton, sister Sue (Dennis) Wolfert of Appleton, brother Jeffrey Feavel of Appleton, many nephews & nieces Rob, Scott, Tom, Amy, Randy, Amanda, Danielle, and Perry along with their spouses and children that all made his world a happier place.

Proceeding him in death were his parents John and Anna; two infant children, Roseanne and Frederick.

Visitation will be held at Wichmann Funeral Home, Superior Street location on Saturday, July 16, 2016 from 1:00PM to 2:00PM. There will be a memorial service at the funeral home at 2:00PM.