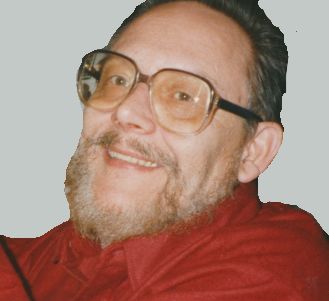 John F. Cox, age 71, of Townsend, formerly of Neenah, passed away on Sunday, May 3, 2015, at Langlade Hospital in Antigo. John was born on February 8, 1944, in Menasha, to Melba (Flenze) and the late Roy Cox. He married Joanne Wimberger on May 17, 1969, in Appleton. John was a loving son, husband, father and grandfather. He was employed at the American Can Corporation in Menasha for over 30 years, retiring in 1995. Upon his retirement John and Joanne moved to Townsend. He enjoyed all of nature, the out-of-doors, taking his children to Bass Lake for swimming, and entertaining all with his guitar and keyboard. However, it was boating and especially fishing that he most enjoyed. John was a well-known woodworker and often made evenings special with his fireworks displays. After his completion of four terms as president, the Townsend Flowage Association honored him with an honorary plaque. Survivors include his wife of 45 years, Joanne; his mother; his daughter, Tammy (Steven) Walsh, and their children Sam and Noah; his step-son, Tyrone Humphreys; his sister, Sue (Keith) Cory; his brother-in-law, Richard Wimberger; and his sisters-in-law, Penny Cox and Wendy Wimberger. He is further survived by many nieces, nephews, other relatives and friends. He was preceded in death by his father, his son, Jeffery Cox and his brother Robert Cox. John's family would like to extend a sincere thank you to his special cousins, Jim and Geri Luka, for their loving care and support.

Funeral services will be at 5:00 p.m. on Monday, May 11, 2015 at WICHMANN FUNERAL HOME—TRI-COUNTY CHAPEL, 1592 Oneida Street, Menasha, with Rev. Mike Huff officiating. Friends may call directly at the funeral home on Monday from 3:00 p.m. until the time of services. Interment will be in St. Mary Cemetery, Kaukauna. Online condolences may be offered at www.wichmannfargo.com