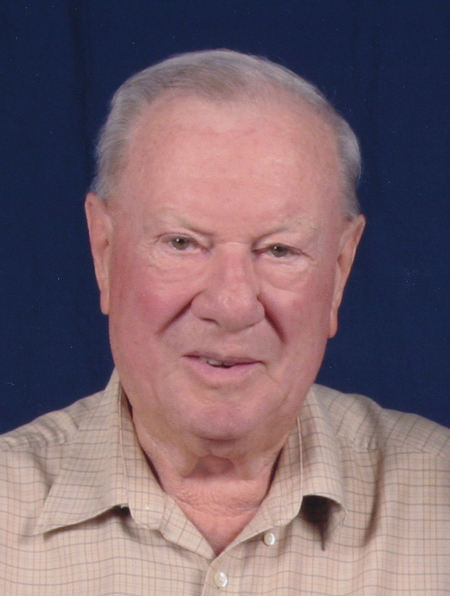 John Ernest Schmalz, age 80, of the Town of Harrison, passed away at St. Paul Rehabilitation Center on Saturday, March 3, 2012. John was born on January 20, 1932, in Appleton, to the late Reuben and Irene (Luniak) Schmalz. He married Patricia Smith on October 5, 1950. John was a well-known live-stock dealer and farmer who retired in 2001, and also was employed at Bergstrom Paper Mill for over 20 years. He was also a member of the Appleton Moose Lodge. John enjoyed nature: seeing the country when going up north, watching the color changes in fall, feeding and watching birds, fishing with his grandchildren, flowers and tending to his tomato plants. He also enjoyed his many friends while at the casinos. John enjoyed, more than anything else in the world, the time spent with his grandchildren and great grandchildren. Survivors include his very loving wife of 61 years, Patricia; his daughter, Nettie (Bob) Syring, California; his son, John (Judy) Schmalz, Little Chute; his grandchildren, Robert Jr. (Carrie) Syring and Tracy (Todd) Nankervis; his great grandchildren, Brendon, RebeccaLyn and Jeffrey, and Nolan; his sister, Janet (Jerome) Weber; his brothers, Joe Schmalz and James (Margaret) Schmalz; and his sister-in-law, Sally Schmalz. He was preceded in death by his son, Jeff who passed on December 28, 1982; his brother, Jerry Schmalz; his sister-in-law, Betty Schmalz; his nephew, Timmy Schmalz; and his aunt, Trace Schwalbach. The Funeral Liturgy will be at 11:30 a.m. on Thursday, March 8, 2012, at ST. BERNADETTE CATHOLICH CHURCH, 2231 East Lourdes Drive, Appleton, with Fr. Donald Zuleger officiating. Friends may call directly at the church on Thursday from 9:30 a.m. until the time of services. Interment will be in Highland Memorial Park, Appleton. The family would like to extend a sincere thank you to the staff at St. Paul Rehabilitation Center for their loving care.
Wichmann Funeral Home
Tri-County Chapel
3212 S. Oneida Street
Menasha, WI 920-831-9905
Online Condolences
www.wichmannfargo.com