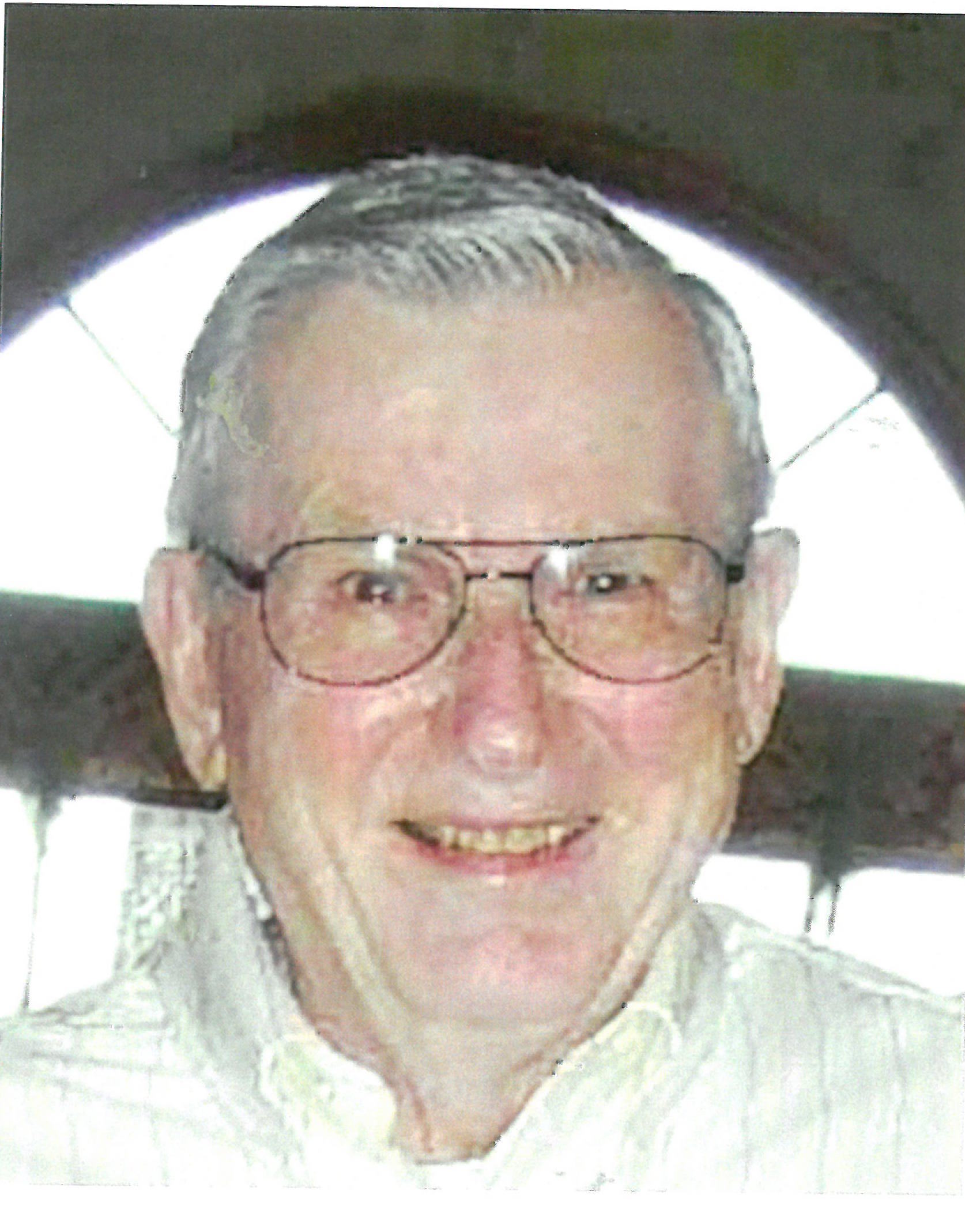 John E. Gurholt died peacefully on April 6, 2015, finishing the final chapter of a life well lived. He was born on May 26, 1928 to Raymond and Violet Gurholt. When John was three years old, his father died, and his family moved to Iola where he and his brother Roger grew up in a loving extended family. After graduating first in his high school class, John followed in his father's footsteps, entering the field of education at UW Stevens Point and graduating in early summer of 1950.

On June 23, 1950, John married Yvonne Jacobson, his childhood best friend and high school sweetheart. They began their teaching careers for four years in Bruce, WI, before moving to Appleton. John taught math at Roosevelt Junior High for 35 years. A consummate mentor of fairness, integrity, and patience, John had a knack for crystallizing math concepts and most often reached all levels of students with unique teaching methods that included Friday math games and challenges. John's passion for competition and his strong desire to lead youth transcended the classroom to courts and diamonds where he coached basketball and softball. Students and athletes alike found in Mr. Gurholt life lessons of goodwill, teamwork, satisfaction in giving one's best, and the immeasurable reward that accompanies hard work.

John was a fixture in the Appleton Recreation Department for nearly 40 years. One of his proudest endeavors was supervising T- league baseball for boys ages 6-8. Established in 1963, it was one of the first T- league programs in Wisconsin. In the years that followed, baseball flourished, girls' softball was introduced, and by the turn of century, 185 youth teams consisting of boys and girls of all ages played baseball and softball throughout the city.

John's ties to Appleton Little League were strong, and he had great pleasure coaching his three sons and building lasting relationships with his players, parents, and coaches. He was also a fan, in the truest sense of the word, illustrated by cheering for area sports teams for 60 years. He and Yvonne especially enjoyed high school basketball season. Friday evenings were always reserved for attending a local basketball game.

Golfing and playing sheepshead with lifetime friends were two of John's favorite pastimes. He was a loyal White Sox fan. He created scrapbooks with thousands of pages of statistics covering high school, college, and professional sports. His volumes of statistics inspired him to write a book chronicling the history of FVA basketball. John was a man of abiding faith and longtime, active member of Prince of Peace Lutheran Church, Kiwanis Club, and Sons of Norway. His genuine interest in other people's stories brought him much joy and cemented meaningful friendships.

John treasured his family, beginning with wife Yvonne. They were a match made in heaven and best parents to Jack, Kris, Dave and Phil. Consistently gentle, kind, and calm, John's influence was always peaceful; he made everyone feel better and more confident with his presence. No obstacle was too great for a happy outcome. In later years, he followed his seven grandchildren's lives with pride, praising the positive and setting an example of goodness and grace. He savored each of their sporting events, absorbing every detail with rapt attention. John and Yvonne enjoyed many travel adventures, including Norway and the Holy Land, but the place he loved most was home, where he and Yvonne enjoyed almost 66 years of marriage.

Even on his last day, John loved hearing reports of baseball scores. He marveled at photos his grandchildren shared of their vacation, his eyes sparkling, eager to learn of their games and school. The sweet gentleman with a charming wit and warm smile never stopped teaching life lessons. John Gurholt was simply his family's hero, a man of dignity and grace who leaves a legacy of love and kindness to be forever cherished.

Survivors include John's wife Yvonne; sons, Jack (Patty) and Philip (Melissa); daughter Kristin; his grandchildren, Whitney, Jeremy, Natalie, John, Jason, Sam and Julia. His son David preceded him in death on February 6, 2016, and an infant son who died shortly after birth on January 14, 1955.

The memorial service for John will be held at 11:00 AM on Monday, April 11, 2016 at PRINCE OF PEACE LUTHERAN CHURCH (2330 E. Calumet St., Appleton) with Rev. Roger McQuistion and Rev. Jennifer DeNetz officiating. Visitation will be held from 9:00 AM until the time of service. In lieu of flowers, memorials may be directed to the John Gurholt Memorial Fund.