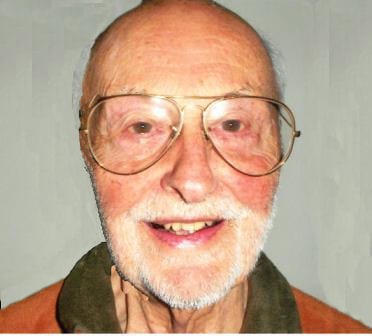 John Davis Bates, age 101, of Hortonville, passed away on September 14, 2020 at his residence surrounded by family.

John was born on April 23, 1919 in Madison to the late Wilfred Bartlett, Sr. and Mary Frances (Bartlett) Bates.  He married Ruth Rinke and together they spent 48 years together until her death in 1988.  John was remarried to Carole Warner on November 18, 1989.

John was a civilian flight instructor in Madison prior to World War II. In the early years of the war, he coordinated the Naval Flight School at the University of Wisconsin- Madison and then flew for the Navy. John graduated from the university with a degree in Chemical Engineering, which led to a 48 year career with Kimberly Clark.  His time with KC led him to family residences in Madison, Kenmore, NY, Memphis, TN and Neenah.  In addition, John coached swimming and diving at the Appleton YMCA for 12 yrs.

Due to the current circumstances, a PRIVATE Memorial Service will be held for John at 2 PM on Tuesday, September 22, 2020.  Family and friends may view the service via Livestream by visiting this obituary page on the day of the service.

In lieu of flowers, the family requests donations be made in John’s memory to the Salvation Army, 130 East North St. Appleton, WI 54911.

Please leave a special message or condolences for John’s family below.