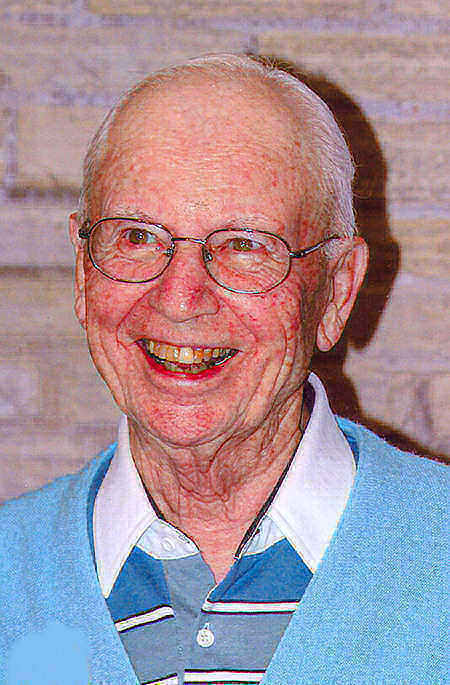 John Oberweiser, of Appleton, age 93, passed away peacefully with his family at his side on Thursday, February 12, 2009. He was born on June 25, 1915 in Menasha, the son of the late Charles J. and Hilda (Arndt) Oberweiser. Many will remember his dedication to St. Mary Central High School, Menasha. John served his country from 1943 to 1946 in the U.S. Army Air Corps during WWII “The Big One”. He was employed with the family business, Yankee Paper and Specialty Company and later for Universal Paper Company. John was a member of Sacred Heart Catholic Church, Neenah-Menasha Elks, Catholic War Veterans and the Knights of Columbus. He was a life-time member of the Johnston-Blessman Post #38 – American Legion. John enjoyed bowling, golfing and spending time with his family.

The funeral liturgy for John will be held at 11:00 am on Monday, February 16, 2009 at SACRED HEART CATHOLIC CHURCH, 222 E. Fremont Street, Appleton. Father Norm Krutzik will be officiating. Entombment will take place at Highland Memorial Park, Appleton. The family will receive friends at the church from 9:30 am until the time of mass. In lieu of flowers, memorials are appreciated to the Alzheimer Association, Greater Wisconsin Chapter.

The family would like to extend their gratitude to Affinity Hospice and the management and staff at Fox River Assisted Living for their kindness and compassion.

A piece of our hearts was forever taken on Thursday as Dad began his new journey. His life's goal was a transition from being a father to being a friend to his children. It is with heavy hearts that we say good-bye to our Dad, who is to each of us a best friend. Dad, you succeeded.