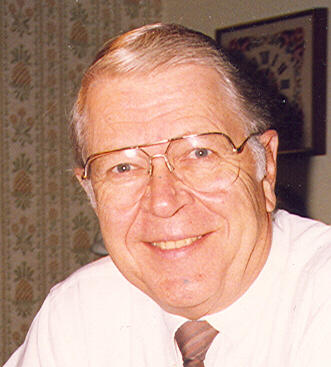 John C. Haugner, Sr., age 85, passed away on Thursday, March 31, 2011. John was born on November 6, 1925 in Superior, Wisconsin, son of the late Gerhardt and Anna Marie (Peterson) Haugner. He was married to Lois Normington of Marshfield, Wisconsin, in St. Augustine, Florida, on February 2, 1946. John was a loving husband and a devoted father and grandfather who will be missed greatly by his entire family.

John served as an officer in the Navy during World War II. John enjoyed singing in church choirs his entire life, and his relationship with God was very important to him. He also was awarded the Carnegie Medal for heroism.

A “Celebration of Life” for John will be held at a later date.