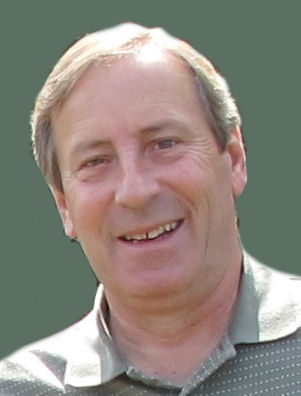 John Vander Wielen, age 58, passed away peacefully at his home on Wednesday evening, October 26, 2011, after a valiant fight with cancer. John was born in Appleton on July 25, 1953, son of the late Albert and Rosemary (Wolf) Vander Wielen. He was a 1971 graduate of Appleton East High School, after which he entered into the service of the United States Air Force during the Vietnam War. It was during his time in the Air Force that he came to love aviation and computers. He returned to Appleton and attended Fox Valley Technical Institute (FVTC) and received an Associate Degree in electronics. For over thirty years, John had been employed at Midwest Imaging in Menasha. On April 22, 1977, John married Gail Wolfgram. Despite John and Gail's separation, they remained the closest of friends and nurtured a loving family. They cared for and successfully raised two wonderful sons, Ryan and Blaine. John later met Nancy Theiler, and they shared sixteen wonderful years together. They were married at their home on Veteran's Day, 2010. A small church ceremony was held a few weeks later. John loved photography and took great pride in documenting life's events. His family will treasure all of the photos and memories John leaves behind. He also had an expansive knowledge and enthusiasm for technology that he willingly shared with others John was a founding member of Appleton's Apple Computer Club, and passed on to his children a lifelong love of learning. Aviation played an important role in John's life, and was recently recognized as an honorary lifetime member of the EAA. He was an outdoors enthusiast, who enjoyed frequent visits to High Cliff with Nancy. John also visited each of Wisconsin's state parks and enjoyed vacationing in Michigan. One of John's personal goals was reached this past August when he was blessed to be present at Blaine and Jenn's wedding.

Friends are welcome to visit at the funeral home on Saturday, October 29, 2011 from 11:00 AM until the time of the memorial service at 2:00 PM. Rev. Jane Anderson and Fr. Gerald Falk will officiate. Full military honors will follow the service.

The family would like to offer their thanks to the many family members, friends, coworkers and all others for their love and support during this difficult time. Nancy would also like to offer a special thank you to the staff and students at Maplewood Middle School in Menasha.

John was a loving husband, devoted father, and generous friend to so many. He always placed the needs of others before those of his own, and he could be counted on for – well, everything. He will be missed by all who knew and loved him.