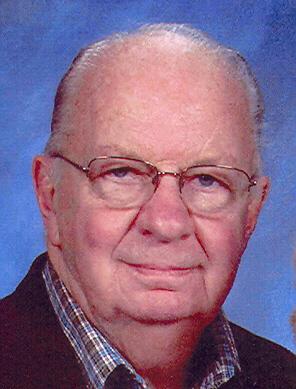 John Arnold Schoneman, age 78, fell asleep in Christ on November 9, 2006 at his home in Appleton, WI. He passed peacefully, surrounded by his loving wife and family, after a courageous struggle with cancer.
John was born and raised in Chicago, IL and graduated with a Bachelor of Science degree from Illinois Institute of Technology in 1950. He married his wife, Mary, also of Chicago, on November 4, 1950. Shortly after their marriage John was drafted into the Army and was stationed at White Sands Proving Grounds, Las Cruces, NM. John worked in the V-2 Section, 1st Ordnance Guided Missile Support Battalion of the United States Army. John was instrumental in the development of America‚Äôs first high altitude research program, rebuilding and firing V-2 rockets assembled from A-4 rocket parts captured from Germany during the war. The work that John and the other ‚ÄúBroomstick Scientists‚Äù completed at White Sands is widely regarded as America‚Äôs entry into the space program.
John returned to civilian life and in 1956 received his MBA from the University of Chicago. John and Mary relocated to the east coast and John joined the Atlantic Mutual Insurance Companies, based in New York City, as a property and casualty underwriter. John remained with The Atlantic Companies for 20 years, achieving the position of Senior Vice President.
In 1976 John joined Wausau Insurance Company and became the company‚Äôs President and Chief Executive Officer. John retired from Wausau Insurance in 1986 and for the next several years continued with consulting work within the property and casualty insurance industry.
John and Mary divided their retirement years between Hilton Head, SC, upstate New York and Appleton, WI. John was active in several charity organizations and churches, including Shepherd of the Hills Lutheran Church in Greenville, WI and Christ Lutheran Church in Hilton Head, SC. He loved the Lord, and passed that love and faith down to his children and grandchildren.
John was an avid scuba diver, swimmer, sailor, carpenter, electrician and all around handy man. He was much happier in his t-shirt than his suit and tie, but he was most happy when surrounded by his family and friends.
John is survived by his loving wife of 56 years, Mary (Fairbank) Schoneman; two daughters, Judy (Marty) Beirne of Naperville, IL and Carrie (Michael) Raspanti of Appleton, WI; two sons, Jim (Jenni) Schoneman of Merrill, WI and Rob Schoneman of Appleton, WI; Nine grandchildren, Corey (Amy), Ryan, Kevin and Daniel Beirne;
PFC Joseph (USMC) and John W. Schoneman; Rebekah, Jacob and Hannah Raspanti; and two great-grandchildren Madelyn and Samuel Beirne. Extended family consists of Carol Schoneman, Grace Schoneman, Laurie Smith and Sue and Tom McMahon as well as several nieces and nephews.
John‚Äôs parents, Florence and Edwin Schoneman, brothers Richard and Paul Schoneman preceded him in death.

A visitation is planned for Monday, November 13 from 5:00 ‚Äì 8:00 PM at Wichmann Funeral Home. A memorial service will be held at Shepherd of the Hills Lutheran Church, N1615 Meadowview Dr., Greenville, WI on Tuesday, November 14 at 11:00 AM, with Reverends Paul Shakel, Nate Reichle and David Osborne officiating. Friends will be received following the memorial service. Burial will be Wednesday, November 15, at 1:00 PM at Bethania Cemetery, 7701 S. Archer Ave., Justice, IL.

In lieu of flowers, John has asked that any memorials be given to the American Cancer Society or Christ Lutheran Church, 839 Wm Hilton Pkwy, Hilton Head, SC 29928. Condolences to Mary and the rest of the family may be sent through Wichmann Funeral Home.