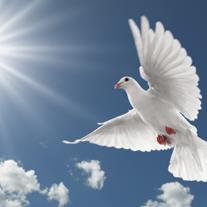 John A. Jooss, age 70, passed away peacefully at his home surrounded by his loving family on December 27, 2008 following a courageous battle with cancer. He was born in Appleton on July 3, 1938, to the late Martin and Adeline (Huebner) Jooss.

John, a 1956 graduate of Appleton High School, excelled in athletics. He was named to the Associated Press All-State football team in 1955 as first string center. John was also a starting guard for the Terror basketball team that earned a trip to the 1956 state tournament. A co-captain of the track team, John participated in the long jump, high jump and 220 yard dash.

After graduating from UW-Oshkosh, John served his country in the U. S. Army Intelligence from 1962-1965, spending part of his tour in Okinawa, Japan and the Far East. He then returned to the area and began a 31 year teaching career at Wilson Jr. High School in Appleton, where he influenced the lives of thousands of students in the classroom and through extracurricular activities. Over the years, John coached and officiated volleyball, basketball, football and softball and was a long time faculty advisor for the student store. In 1995, John received the Red Smith Award for outstanding contributions to youth sports.

For over three decades, John pitched in fast-pitch softball leagues, playing competitively into his early 50's. John's love of sports was surpassed only by his love of his family, particularly his grandchildren. He was an avid reader who enjoyed sharing his extensive book collection with his family and friends. John was a member of the Appleton Noon Lions Club and a life-long member of Trinity Lutheran Church in Appleton.

John was preceded in death by his parents, Shirley's parents and three brothers-in-law, Melvin Hechel, Ron (Johnny) Bartman and Michael Miller.
Services for John will be held at 11:00 am, at Trinity Lutheran Church, 209 South Allen Street, Appleton, on Friday, January 2, 2009 with Reverends Kurt and Mary Beth Kovanen officiating. Burial will be in Appleton Highland Memorial Park. Friends may call at the church, on Friday from 9:00 am until the time of the service. In lieu of flowers a memorial fund is being established.

The family wishes to thank the caring staff at Affinity Hospice for their compassionate care and assistance.