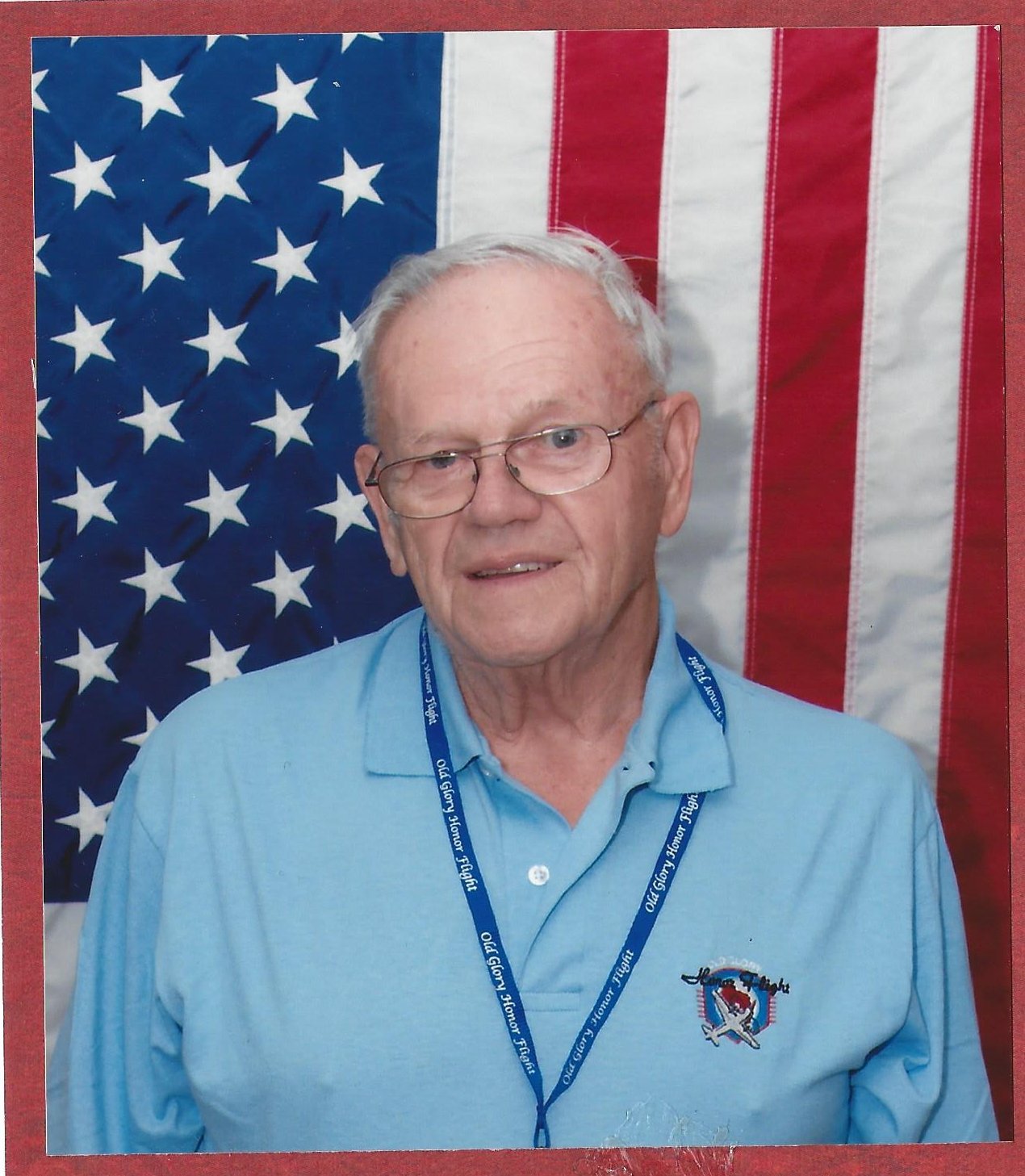 John A Gollner, age 87, was called by God to join the love of his life Helen on November 21, 2014. He was born August 1, 1927 to Herbert and Agnes Gollner. After graduating from St. Mary's High School, he proudly served his country during WWII. Upon returning home from active duty, he continued his education and graduated from the Milwaukee School of Business. He then joined his father in running Herb's Food Town.

On May 30, 1955, John married his soul mate Helen. Together they built a home and filled it with wonderful memories, from ice skating in the winter to fishing and boating in the summer. The boathouse became the gathering place of friends and family for the annual Fourth of July party, and the Third Order of St Francis picnic. They also raised five children: Marie (Ken) Ostorero, Kathy (James) Rew, Paul (Patti) Gollner, James (Rebecca) Gollner and Ann (Doug Laurent) Gollner who in turn gave them nine grandchildren. Later in life they opened their home and their hearts to Charlie Brockman who they considered their adoptive daughter.

John was quick witted and always had a joke to tell. He was also a giving and caring man who donated his time to volunteering at Theda Clark Hospital driving the shuttle van, and working with Boy Scout Troop 50. He was a member of the Knights of Columbus and the American Legion for over 60 years. He loved singing in the St. Mary Choir and performing with the Y-Nots.

John was often heard whistling while he worked in his yard. He often joked that the City would have to lay someone off once he stopped bringing grass clippings and branches to the city garage. It seemed he was the only resident that was allowed to drive his riding lawn mower all the way to the city garage. When asked about it, he would give his patented response “Whatever”. When it came time to relax you could find John tinkering in the garage or sitting on the swing enjoying his garden while eating a Klondike bar.

The Funeral Liturgy will be held at 11:30 a.m. on Saturday, November 29, 2014 at St Mary Catholic Church in Menasha. Friends and family may visit the church on Saturday from 9:00 a.m. until the time of mass.

In lieu of flowers a memorial in John's name is being established.

The family wishes to thank the staff at Emerald Valley and Heartland Hospice for their wonderful and compassionate care shown to John.