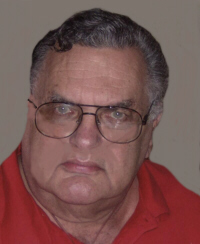 John A. Giesen, age 74, passed away at home on Monday, December 26, 2011. He was born on April 12, 1937 in Appleton, the son of the late Anton and Josephine (Evers) Giesen. Jack graduated from St. Mary High School, Menasha in 1955 and briefly attended seminary school. He retired at the age of 56 from Kimberly Clark. Jack enjoyed his retirement attending sporting events with his friend, Dick Procknow. He loved bowling and was an avid Badgers and Packers fan. Jack enjoyed laughing and being around his many friends.

A celebration of his life will be held from 5:00 pm until 8:00 pm on Thursday, December 29, 2011 at The Tenth Frame, 618 W. Wisconsin Avenue, Appleton. Inurnment will take place at St. Joseph Cemetery in Appleton. In lieu of flowers, memorials to Make-A-Wish Foundation are appreciated.

A special note to Bonnie and Julie for the memorable Christmas gift to John. It brought him so much joy! Special consideration to Jean for being such a wonderful partner to Dad and his last love.