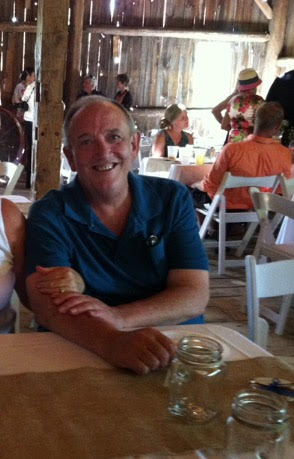 Joel A. Dempsey Sr., age 59, passed away on Monday, February 12th, 2018 at home with his family by his side. He was born on October 1st, 1958 in Camden, New Jersey to Valerie and John Dempsey of Gloucester, New Jersey. Joel served in the United States Navy from 1977-1991. He moved to Wisconsin in 1995 to be near his four children. He loved to fish, golf, camp, attend sporting events and concerts, play darts and pool, and spend time with family and friends.
He is survived by siblings: Alan (Vickie), Michael (Colleen), Kevin (Marcie), Jean (Larry), Mark (Kathy), and many nieces and nephews; Children: Michelle (Brandon), Joel Jr. (Amanda), Tanya (Ryan), and Patricia (Mikael); Grandchildren: Riley, Reese, Owen, Dominic, Parker, Eva, and Lucy.
Joel was preceded in death by his parents Valerie (Schovars) and John Dempsey, and niece Barbara Ann.
In keeping with Joel’s wishes, a private memorial service will be held at a later date. Online condolences may be expressed at www.Wichmannfargo.com.