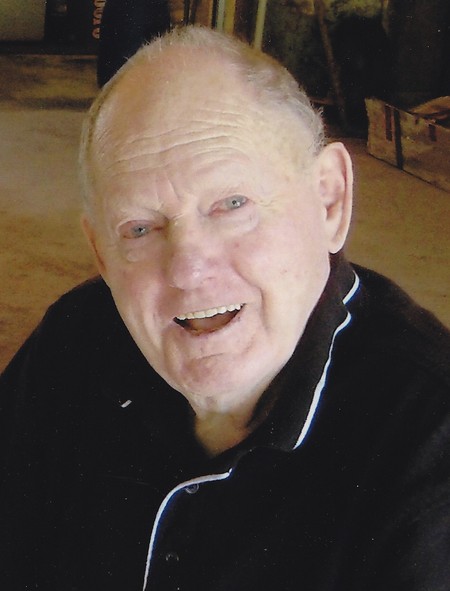 Joe was born on November 6, 1929 to Fedde and Barbara (Hermanns) Dijkstra in the Netherlands. On November 29, 1956 he was united in marriage to Maria Coenen in Sittard (Ophoven), the Netherlands. After getting married they immigrated to Larchwood, Iowa, then to Sioux Falls, South Dakota before settling in Combined Locks in 1967. Joe was a jack of all trades. He started working in construction and worked at Greenlee Meat Packing Plant in Sioux Falls (this is where his famous stompjes came from). He started and ran his own cleaning business Joe's Janitorial Service, until his retirement in 1992 when his daughter and son-in-law took over. He enjoyed spending time outdoors and loved nature and feeding the birds. Joe loved life and going to the cottage in Shawano with his family every weekend and the memories made there will always be treasured. He also purchased hunting land in 1981 where he spent every hunting season making a great Thanksgiving meal. Joe was known as “Firecracker Joe” and enjoyed playing cribbage with Don Navarrete in a cribbage league at Jerry Kamps in Combined Locks for many years. They also attended Packer games together and many Kimberly Papermaker basketball games. He was very proud of his Dutch heritage and was especially active with the Dutch Treat at St. Pauls. He cherished his trips back to the Netherlands to spend time with family. Joe was a member of St. Paul Catholic Church and the VFW Post 10544.

The funeral liturgy will be held on Friday, November 15, 2013 at 11:00 AM at ST. PAUL CATHOLIC CHURCH, 410 E. Wallace St. Combined Locks, with Fr. Andrew Kysely officiating. A time of visitation will be held on Friday from 9:00 AM until the time of the service at the church. The family would like to thank the current staff at Darboy Assisted Living and all the friends for there care and concern. Online condolences may be expressed at www.wichmannfargo.com