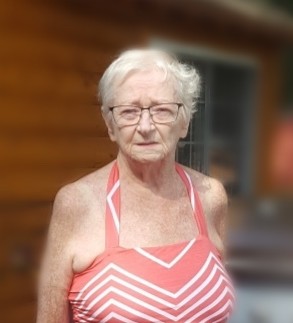 JoAnne Sooley, age 76, passed away on Thursday, November 1, 2018 while surrounded by her family. She was born on March 31, 1942, daughter of Reginald Morgan who passed, and raised by her mother Elaine and Edward Paske. She graduated from Waukegan Township High School in 1960. Later in life she moved to Menasha, WI, to be closer to her family. JoAnne worked at Plexus for many years where she was affectionately known as “Gramma”. Most importantly, JoAnne enjoyed spending time with her family.

She was preceded in death by her parents, Elaine and Edward Paske and a nephew, David Kassin.

The memorial service for JoAnne will be held at 12:00 PM on Saturday, November 10, 2018 at Wichmann Funeral Home-Laemmrich Chapel (312 Milwaukee St., Menasha). Visitation will be held from 10:00 AM until the time of service and followed by a reception.

The family wishes to thank the nurses and staff of Rennes Rehab and Ascension Hospice for the care given to JoAnne.