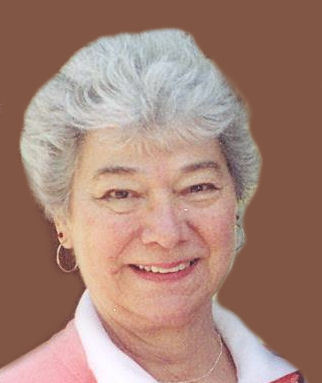 Joanne Lindsley, age 79, passed away peacefully at her home on Sunday afternoon, April 13, 2014. Joanne was born in Appleton on May 21, 1934, daughter of the late Harold and Anna (Schiebler) Douglas. As a young woman, Joanne worked for her father at Appleton Battery and Ignition, and later worked as a file clerk at Kimberly Clark. She also worked at Sears in the catalogue department until the downtown store closed. It was at Kimberly Clark that she met her future husband, John F. Lindsley, whom she married on June 19, 1954. The couple moved into a new home in 1955, where they raised their four children and lived for fifty-nine years. She was a professional homemaker – her home was always clean, neat, and organized, and all were welcomed at any time at all. Joanne enjoyed tending her house plants, gardening, knitting, and sewing.

A memorial service for Joanne will be held at 4:30 PM on Thursday, April 17, 2014 at the Wichmann Funeral Home, Tri County Chapel, 1592 Oneida Street in Menasha. Family and friends are invited to gather at the funeral home on Thursday afternoon from 3:00 PM until the time of the service. A private burial in Norway, Michigan will take place at a later date. In lieu of flowers, memorials may be directed to the Wounded Warriors Project. Online condolences may be offered at www.wichmannfargo.com.