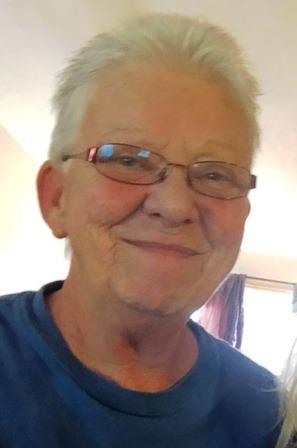 Joanna Booher McKenzie, age 68, of Appleton, Wisconsin passed away on Tuesday, September 11, 2018 at 12:41pm at Thedacare Regional Hospital after a lengthy struggle with multiple brain traumas. She was surrounded by her partner, and all of her children. Joanna was born in Troy, Ohio on June 24, 1950 to the late Virgil S. Booher and Florine L. Barnett. She married Harold McKenzie on January 31, 1970 and together they raised 3 children at Air Force bases around the country and in Germany.

Joanna graduated from Troy High School in 1968 and studied at the University of Maryland while employed by the US Air Force as a Logistics Manager. After the Air Force, she became a trusted and very much appreciated Handy Woman around town for women customers. Joanna and Paula opened Canine Capers, the first Fox Valley dog daycare in1997. Together they loved and cared for those dogs like they were family for 18 yrs.

Joanna loved all dogs, but she was especially fond of her Yorkie, Elsie, and the 3 dachshunds she shared with Paula – Emmi, Sophie, and Millie. In Troy, she welcomed “Morgan” the cat into her heart and home. She’d smile when hiding all sorts of nuts in her yard for squirrel “treasure hunts”. Her ponds were filled with fish, plants, and love. Joanna shared her stash of birdseed with the Appleton chipmunks. And she bird-watched everywhere.

Joanna filled her life with many interests. She was an avid pond architect – her Appleton pond was her fourth. She tent camped with her family while married and later shared a Scamp with Paula and the dogs. Joanna had a magnificent green thumb which she turned to pain-relieving plants in later life for neck and back pains. She enjoyed fishing with a “barb-less” hook and was known to kayak in the great outdoors. There were quite a number of fans of her “family secret” macaroni salad, Swedish Meatballs, potato salad, Mac and Cheese, and Cheesy Scalloped Potatoes. It was fun to watch her dance with her girls. Or root (or cuss) during Green Bay Packer’s Games. When Joanna was home in her recliner, she loved to read and watch murder mysteries and take naps with Paula in the late afternoon.

Friends and family, please join us at her residence in celebrating her life on Saturday, September 15, 1:00 – 6:00 PM. Food and beverages will be available. You’re also welcome to bring a dish. At 5:00 PM there will be a sharing of memories.

In Lieu of flowers, donations in memory of Joanna McKenzie to be made to: United Yorkie Rescue, Warfield Blvd, Clarksville, TN, 37043 or Eileen Pratt, Dachshund Rescue of North America,1197 Allaire Loop, The Villages, FL 32163.