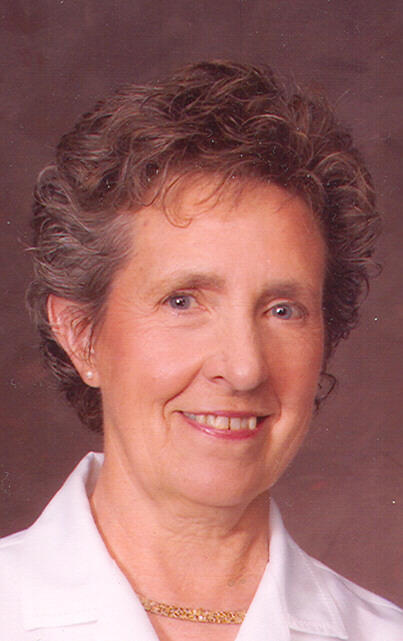 Joann Mae Coenen, age 70, of Clintonville, passed away unexpectedly on February 21, 2009 at her winter home in Frostproof, Florida. She was born June 21, 1938 in Appleton, the daughter of the late John A. and Esther M. (Dorn) Krull. Joann was united in marriage to Don Coenen on November 8, 1958 at St. Therese Catholic Church, Appleton. She and Don were owners of the True Value Hardware stores located in Wittenberg and Manawa. Joann enjoyed cooking, gardening, quilting and spending time with her grandkids. She was a member of the 4H Club of Outagamie County.

She was preceded in death by her parents; two sons: Douglas Ray in 1963 and Steven John in 1981; her father and mother-in-law: Ray and Ruby Coenen and a brother-in-law: Jim Coenen.

The funeral liturgy for Joann will be held at 11:30 am on Friday, February 27, 2009 at ST. PIUS X CATHOLIC CHURCH, 500 West Marquette Street, Appleton with Fr. Thomas Farrell officiating. Burial will take place at St. Joseph Catholic Cemetery, Appleton. The visitation will held on Thursday from 4:00 PM until 8:00 PM at Wichmann Funeral Home and again on Friday at the church from 10:00 until the time of mass. A memorial for Joann is being established in her memory.

The family wishes to express their sincere thanks to the staff at Appleton Medical Center for their tender loving care over the past several years.