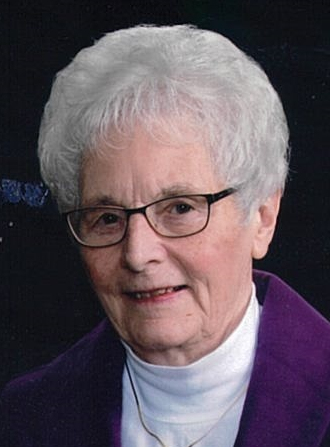 JoAnn Mueller, age 85 of Kaukauna, passed away at St. Paul Villa on Tuesday, June 8, 2021.  She was born in Kaukauna on May 29, 1936, daughter of the late Urban and Selma (Lau) Gerrits.   A graduate of the Kaukauna High School, JoAnn later married Lee Mueller; he preceded her in death in 1986.

Funeral services for JoAnn will be held at 11:00 AM on Thursday. June 17, 2021 at Bethany Lutheran Church, located at 124 W. 10th Street in Kaukauna, with Rev. Rod Krueger officiating.  Interment will be in Union Cemetery.  Visitation will be held directly at the church on Thursday morning from 9:00 AM until the time of the service.