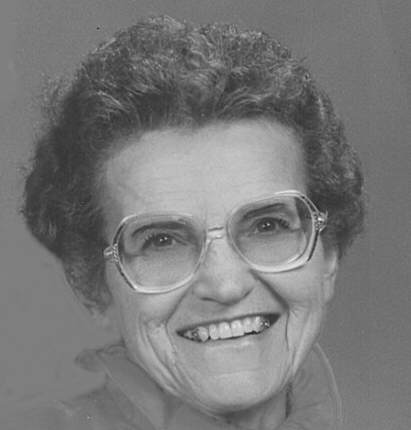 Age 77, passed away Saturday, September 25, 2004 at Franciscan Care Center. JoAnn was born in Appleton on December 13, 1926, the daughter of the late Nicholas and Margaret (Weiland) Kern. On June 17, 1950, JoAnn married Jerome Jost in Appleton; he preceded her in death in 1994. JoAnn was a lifelong and faithful member of St. Joseph Catholic Church in Appleton.

Survivors include two children: Vicki (Ronald) Gruetzmacher of Appleton and their children Amanda of Appleton and Jason of Hilbert; and Scott Jost of Appleton and his fianc√©e Kay Wagner and her daughter Megan; five sisters: Bernice Schmidt of Appleton; Lorraine (Vernon) Coopman of Menasha; Rita (Leonard) Wyngaard of Kimberly; Joyce (William) Frank of Appleton; and Donna (Cornelius) Van Hout of Darboy; a brother: Nicholas Kern of Shawano. JoAnn was preceded in death by her parents, an infant son Donald, an infant granddaughter Lynn Gruetzmacher, a sister Dolores (Harley) Reinholz; a brother-in-law Robert Schmidt and a sister-in-law Donna Kern.

The funeral liturgy for JoAnn will be held at 10:30 AM on Thursday, September 30, 2004 at ST. JOSEPH CATHOLIC CHURCH, 410 W. Lawrence Street in Appleton with Fr. Larry Abler, OFM Cap. officiating. Interment will be in St. Joseph Cemetery. Friends may call at the funeral home on Wednesday from 4 ‚Äì 8 PM and again Thursday at the church from 9:30 AM until the hour of the services. There will be a parish prayer service at 7 PM Wednesday evening at the funeral home.