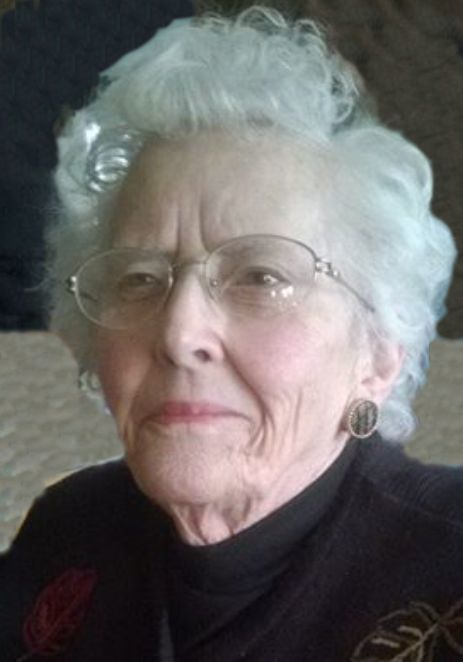 JoAnn Belling, age 88, passed away on Monday, June 20, 2016 after a heartbreaking six year battle with dementia. JoAnn was born January 10, 1928 to the late Alvin and Vivian (Taylor) Hauert. She grew up in a close-knit family that enjoyed spending time together, especially singing around the piano. In 1946, she graduated from Appleton High School and had a singing solo at her graduation ceremony. In 1954, JoAnn married Leroy Belling and they spent 61 wonderful years together. JoAnn enjoyed her role as a caring mother and wife, but also had careers as a bookkeeper and as a secretary. She loved to crochet, play scrabble with Lee, spend time at the cottage in Lakewood, to bake (particularly cutout Christmas cookies), and especially to spend time with her grandchildren.

A time of visitation will be held on Wednesday, June 22, 2016, from 6:00 p.m. to 7:30 p.m. at the WICHMANN FUNERAL HOME, 537 N. Superior Street, Appleton. Funeral service for JoAnn will be held at 11:00 a.m. on Thursday, June 23, 2016, at FIRST UNITED METHODIST CHURCH, 325 E. Franklin Street, Appleton, with Rev. Markus Wegenast officiating. An additional time of visitation will be held at the church from 10:00 a.m. until the time of the service. JoAnn will be laid to rest at Highland Memorial Park. In lieu of flowers, memorial contributions may be made to the Alzheimer's Association. Online condolences may be offered at www.wichmannfargo.com.

The family would like to give a special thank you to their mother's caregiver for over a year, Vickie Anderson, to their sister Annette, and to their brother, Jonathan, who was ceaselessly devoted to caring for their mother.