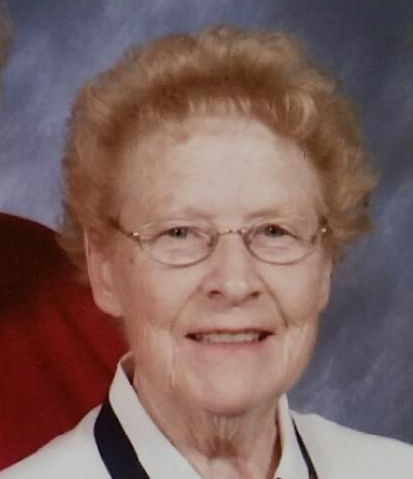 Joan graduated from Kaukauna High School in 1954 and was a full time mother for years before working for several companies which include Gimbel's, Sears, and Akrosil.

Joan was very active in the Kimberly Homemakers for years as well as being active with Holy Name Parish. Louie and Joan worked with the Holy Name Food Closet, they delivered Meals on Wheels, visited area nursing homes, worked with Fishes and Loaves and provided rides through the Thompson Center. Joan was very involved with the American Legion as well.

Upon retirement Louie and Joan took up traveling quite extensively. They wintered in California for years. They were able to visit Hawaii with Tom and their favorite trip was to Europe to visit Bob and Cyndi.
Joan and Louie spent many a Saturday night having a meal at Joe and Deb's and then playing Sheepshead for hours along with Pam.

In addition to her parents and husband Joan was preceded in death by brothers Richard, Floyd, Jerry (Marie), and Fred; sisters Alma (Tony), Lucille, Alice (Bob) and Carol (Larry).

The family of Joan would like to thank all of the caregivers at Atrium Post Acute for their dedicated service to making Mom comfortable these last few years.

The funeral liturgy for Joan will be on Monday, October 31, 2016 at 11:00am at St. John Nepomucene Catholic Church, 323 Pine Street in Little Chute with Fr. Ron Belitz officiating.
Visitation will be at Jansen-Fargo Funeral Home in Kimberly on Sunday, October 30, 2016 from 5:00pm to 7:00pm and at the church on Monday October 31, 2016 from 10:00am to 11:00am. For more information and to express condolences, please visit www.wichmannfuneralhomes.com.