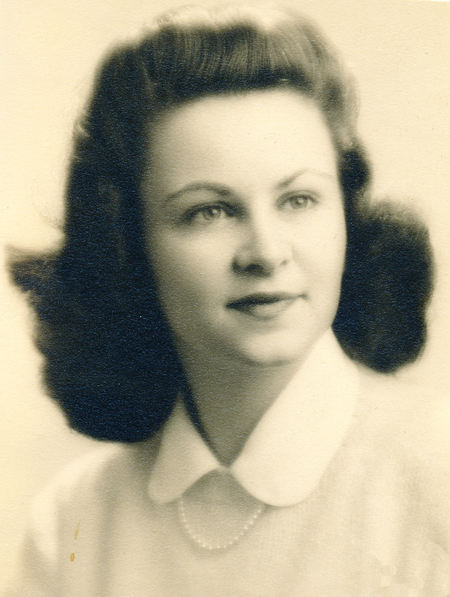 Joan Keller Haley, age 87, of Appleton, passed away unexpectedly on Monday, August 6, 2012. Joan was born on May 30, 1925, in Appleton to the late Hugo and Beatrice Keller. She graduated from Riverside High School in Milwaukee and later earned a Bachelor of Science degree from Marquette University. On August 12, 1946, Joan married Earl Haley at St. Peter and Paul Catholic Church in Milwaukee. Joan was also very proud of the graduate work she did at the University of Michigan, Ann Arbor.

Joan was truly an advocate for education, teaching American History and Civics at West Bloomfield High School in Michigan. She was a member of the American Association of University Women and the American Honor Society. She supported the League of Women Voters. Over the years, she was very active in getting people to vote. In her free time, Joan was an avid painter, reader and enjoyed working on stained glass. Joan also enjoyed having long conversations with her many friends.

Joan is survived by her son Michael (Dawn) Haley, Appleton, and her daughter Jacquelyn Haley-Renaud, Racine. She is further survived by her grandchildren, Bradley (Gala) Wind and their children Kyle and Rowan; Wesley Earl (Sarah) Miksa; and Darin Haley Renaud. Joan was preceded in death by her parents Hugo and Beatrice Keller, and her husband Earl Haley.

The family would like to thank the management and staff at Colony Oaks Health Care Center for their loving care of our mother, and a special thanks to Donald, her “Angel”, her special caring friend Bette, close friend and neighbor Harley Tierney and close lifelong friend Joanie Eggers.

A private family memorial was held. Online condolences may be expressed at www.wichmannfargo.com.