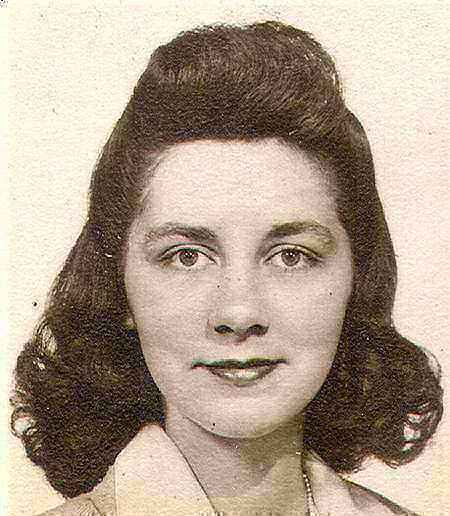 Stevens, Joan K.
Joan Elizabeth Kelley Stevens died on December 30, 2007, surrounded by all her children. Joan was born in Jefferson, Iowa, on May 29, 1922, to Elizabeth Hills Kelley and Omer J. Kelley. She moved with her family to Chicago, Illinois as a child. She lived on the south side of Chicago, attended Hyde Park High School where she was active in swimming, basketball, tennis, and the school newspaper. She attended the University of Illinois in Champaign/Urbana and graduated in June, 1943 with a major in English. She married her college sweetheart, ‚ÄúBig John‚Äù Stevens in June, 1944. John and Joan moved to Appleton in 1946 when John‚Äôs career led him there.
John and Joan had six children: Kathleen, Kerry, Sally(William Whitish), John(Kris Smith), Kelley(Donna DeFrank), and Virginia(Bill Harvey). Joan was active in community service, notably as a member of the Appleton Library board, where she served as chair, the Republican Party, where she served as Outagamie County Chair and also as a delegate to two national conventions. She also served as a member of King‚Äôs Daughters. Joan had a wonderful network of friends in Appleton, including her bridge clubs and her long-time book club. She also had many friends that she met during her many summers spent on Long Lake in Waushara County.
Joan loved to entertain and especially liked to hold a party on Saint Patrick‚Äôs Day to celebrate her Irish heritage. She had a wonderful sense of humor and a love of books that she passed on to her children. She was the kind of person who could have been the big winner of Wheel of Fortune or Jeopardy because of her knowledge. She could beat her children at Scrabble and Trivial Pursuit. Joan was a quiet scholar and had many interests and unsung talents. She loved her standard poodles(Pierre, Blackjack, Mojo and Curly) and considered them important members of her family.
Joan was preceded in death by her husband ‚ÄúBig John‚Äù in 2001. All of her children survive her, as well as her grandchildren Ian Edmunds(Francine) and Joseph Stevens(Patty) and her great-grandchildren Emilyse Edmunds and Valentine Stevens. She is also survived by many loving friends and relatives, including her college roommate Virginia‚ÄùGinny‚Äù Campbell and her loving cousins Phyllis Kelley Holtmeyer and Mary Jo Hills Mercure. Mass will be celebrated at Sacred Heart Catholic Church in Appleton, 222 E. Fremont St., on Wednesday, January 2, 2008 at 11:00 am. Visitation with the family will be from 9:30 am, at the church until Mass begins. Burial will be in Riverside Cemetery. A memorial fund is being established.