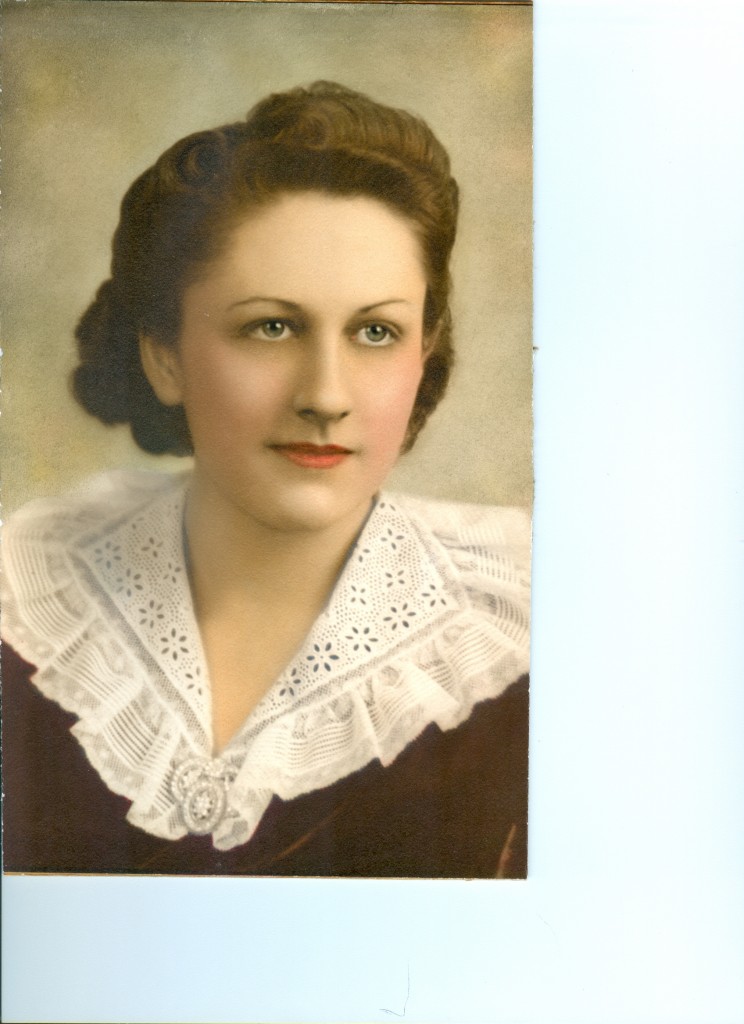 Joan Weber, 93, died June 25, 2017, with her family by her side in Appleton, Wisconsin. Joan was born July 16, 1923, in Green Bay to John and Ottilia Staska. Her father was a maintenance machinist at the Charmin Paper Company and her mother was a stenographer for the Hagemeister Brewery.

She attended the Saint Francis Xavier Cathedral School until sophomore year and finished her high school career at East High School in Green Bay in 1941. After graduation, Joan traveled regularly to Milwaukee where she sewed parachutes and clothing for the military. In the summers, she visited her distant cousin’s farm where she met Henry Eugene Weber and started their four-year courtship. They married in 1945.

Mrs. Weber worked alongside her husband on the family’s dairy farm in Denmark, Wisconsin and they welcomed daughter, Catherine in 1947. She was a city girl who took to farm life like a duck to water. An animal lover from birth, Joan had a special bond with her herd of dairy cows on the farm. Joan and her husband retired from farming in 1983 and moved to Kaukauna to be closer to their daughter, son-in-law and three grandchildren.

She was an avid reader and would regularly check-out dozens of books at a time from the local library. She enjoyed cooking from scratch, especially homemade kolaches. She devoted much of her time and energy as a caregiver to family members, including her husband until he passed away in 2007.

Mrs. Weber is survived by her daughter: Catherine (Edward) Jakl; her grandchildren: Rebecca, Aaron and Amanda; and great-grandchildren Alexander, Hannah and Isabella. She was preceded in death by her husband, Henry Eugene Weber, Jr.

The funeral liturgy for Joan will be held at 11:00 AM on Thursday, June 29, 2017 at All Saints Catholic Church, 145 St. Claude Street in Denmark, with Fr. Kevin Ori officiating. Interment will follow in the parish cemetery. Family and friends are invited to gather at the church on Thursday morning from 10:00 AM until the hour of the service. For more information or to share a memory of Joan, please visit www.wichmannfargo.com.

The family wishes to extend their gratitude to the staff at Rennes Health and Rehab Center, Grand Horizons Assisted Living and to Tom Kispert and Rosemary Kispert and her family for their care over the years and faithful visits. We will always remember your kindness, and Joan will remain in our hearts forever.