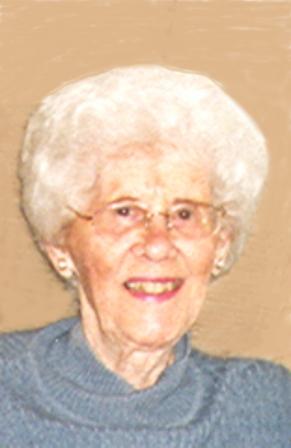 Age 91, passed away on Sunday afternoon, March 29, 2009 at Crestwood Senior Living in Darboy, while surrounded by her family. She was born in Appleton on January 10, 1918, daughter of the late Max and Caroline (Weber) Gmeiner. Joan was a graduate of Appleton High School in 1934. On November 15, 1941, she married Henry J. Rooyakkers at St. Joseph Catholic Church in Appleton. The couple was blessed with four children and 59 wonderful years before he preceded her in death on January 11, 2001. She was currently a member of Holy Spirit Parish in Kimberly. She enjoyed cooking, baking, and playing golf with her husband.

Funeral liturgy for Joan will be held on Wednesday, April 1, 2009 at 12:00 Noon at Holy Spirit Parish, Kimberly (600 E. Kimberly Avenue) with Father David Beaudry officiating. Friends will be received directly at the church from 10:00 A.M. until the time of the Mass. Interment will be in Holy Name Cemetery, Kimberly. In lieu of flowers donations are appreciated in Joan's name to Heartland Hospice. The family wishes to thank the staffs of Heartland Hospice and Crestwood Senior Living for their friendship and extraordinary care.