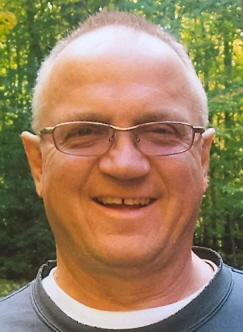 Jim Peterson, 56, of Freedom died Sunday August 7, 2011 at home with his family by his side.He was born on June 28, 1955 to Edwin and Alice (Green) Peterson.On August 23, 1986 he married Karol (Schuh) Peterson. They were blessed with two children, Jill and Ben, for whom he devoted his life.His children brought daily joy to him, and the family home was filled with tons of love and laughter. Morgan was the proud owner of Peterson Landscaping, a business he built from the ground up over twenty-five years ago. Morgan took great pride in being a hard worker and instilling his work ethic in many fine young men over the years all whom he is very proud of.His favorite place on this earth was his beautiful nursery where he spent countless hours caring for his trees and shrubs; to him this was heaven on earth.

Morgan enjoyed being everyone's “favorite”.He always had a pocket full of candy and was ready with a long winded joke or story for all who were willing to listen.His gift to us was to always put a smile on our face and leave us laughing even in the most difficult times.His overwhelmingly positive, upbeat attitude, especially over the difficult past year, has been an inspiration to us all.You truly are our hero. Morgan was an extremely special person who holds a special place in the hearts of all who knew him.

He was preceded in death by his father, Edwin and brother, Roger and with two infant brothers. The family would like to extend a heartfelt thank you to Dr. William Guenther, Dr. Aaron Douglas, Dr. Travis Kroner, and Dr. Jon Derksen as well as the staff of the Martha Seikman Cancer Center and Appleton Medical Center Oncology.Last but not least, we would like to thank our family and friends for their outpouring of support shown to us over the past year.

The funeral liturgy for Jim will be held at 12:00 noon on Friday, August 12, 2011 at ST. NICHOLAS CATHOLIC CHURCH, W2037 Cty Rd S in Freedom.Msgr. John Schuh will be officiating. Visitation will be on Thursday evening at the Fargo Funeral Home from 4:00 until 8:00 pm and again at the church on Friday from 10:30 am until the time of mass.In lieu of flowers, a memorial fund has been established in his name.

The Nursery Man stood at the gate.

His head was bent and low

He merely asked the man of fate,

Which way he ought to go.

“What have you?” St. Peter said, “to seek admittance here?”

“I ran a nursery down on Earth for many and many a year.”

“Come in” he said, “and choose your harp, for you've done very well.”

Dad, we will never forget you and you will live on within us forever.