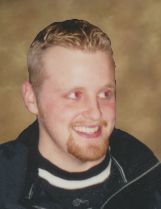 Jesse M. Armitage, age 38, passed away at his home on Tuesday, February 14, 2017. Jesse was born on June 18, 1978, in Appleton. He was a graduate of Appleton East High School and an accomplished auto mechanic. Jesse enjoyed watching drag racing, the Brewers, the Broncos, Ford Mustangs, camping and racing RC cars.

Survivors include his mother, Carol Armitage; his son, Brayden; his uncle, Ron Armitage; and his cousin, Justin (Candie) Armitage and their daughter, Lily. He is further survived by his many great aunts and uncles; his many cousins; and many other relatives and friends. Jesse was preceded in death by his grandparents, Rodney and Henrietta Armitage; his uncle Thomas Armitage; and his “adoptive” mom and brother, Eunice Schroeder and Delroy Schroeder.

There will be a visitation for Jesse from 4 p.m. to 6 p.m. on Sunday, February 19, 2017 at WICHMANN FUNERAL HOME-TRICOUNTY CHAPEL, 1592 Oneida Street, Menasha. There will be further visitation on Monday, February 20, 2017 from 10:30 a.m. until 12:00 p.m. A memorial has been established for his son Brayden's education. The family would like to thank the Emergency Responders who came to the home, Sam and Nancy Edwards, and other friends, for their loving care during this difficult time. Online condolences may be offered at www.wichmannfargo.com