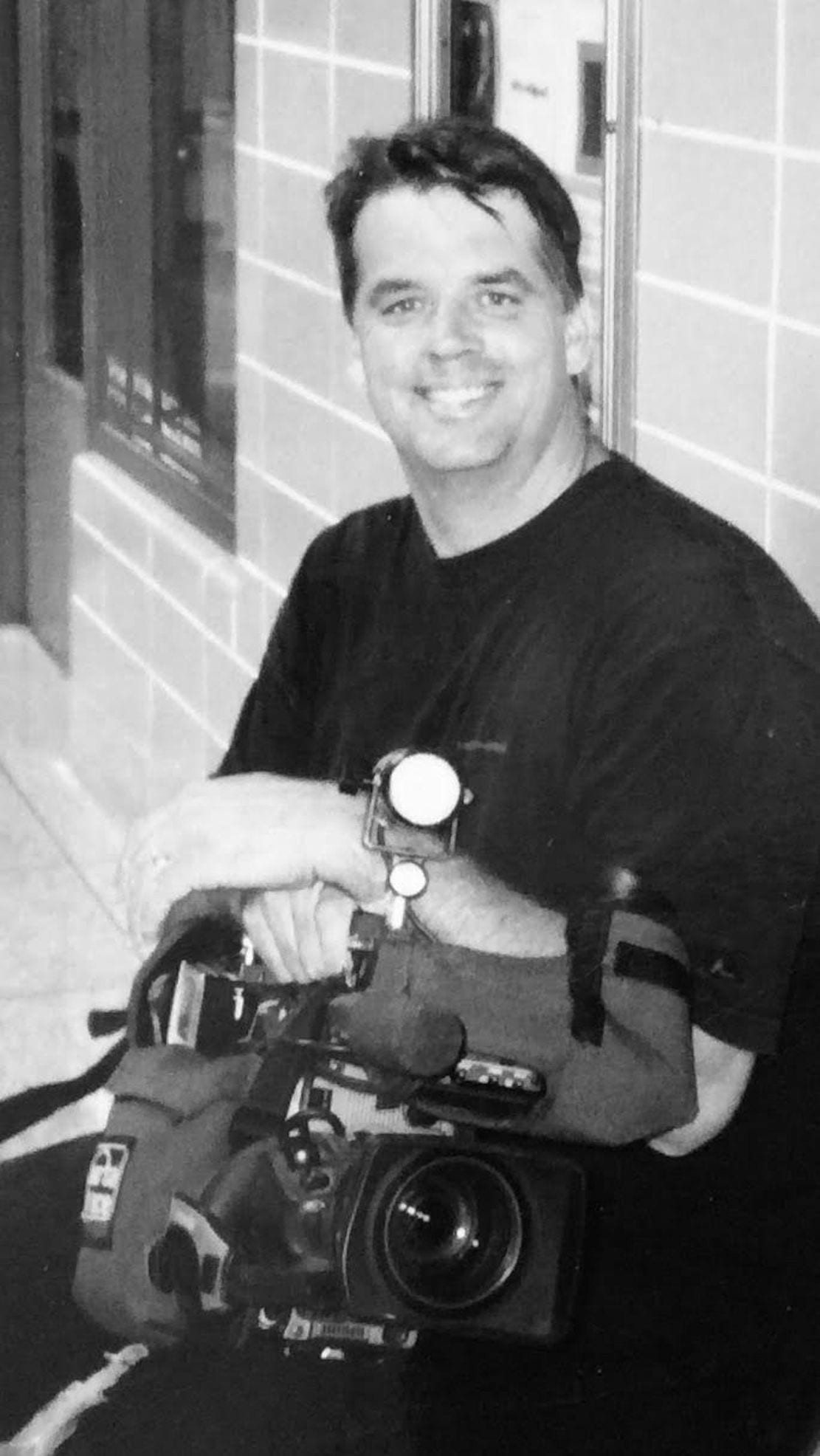 Gerald R. “Jerry” Van Handel, age 60, passed away unexpectedly Thursday, February 6, 2020 at ThedaCare Regional Medical Center-Appleton, following a courageous battle with ALS. His wife, Lori, was by his side.  There is NO family history of the disease.  A beloved husband, father and dear friend to many, Jerry will be deeply missed by his family and all who were blessed to know him.

The fourth of five children, Jerry was born on December 23, 1959 to Richard B. and Alice (Woods) Van Handel at St. Elizabeth Hospital. He grew up on the family farm on the north side of Appleton.

Jerry was a 1978 graduate of Appleton West High School, and went on to further his education at UW-Oshkosh, where he earned his Bachelor of Science degree in Radio/TV/Film in 1983. Following graduation, Jerry accepted a position as a news photojournalist with WXOW-TV 19 in La Crosse, WI. A job opportunity with WLUK-TV 11, now known as FOX 11 News, brought him back to Northeast Wisconsin in 1984. Jerry was a hard-working, dedicated news professional and his happy place was covering news stories in the community he loved so much along with managing live TV remotes as part of his work on FOX 11’s number one morning show, Good Day Wisconsin. He was well-known by his colleagues and other area news professionals for the quality of his work and he was so proud to mark his 35-year service anniversary with FOX 11 in August 2020.

On October 9, 1988, Jerry married the love of his life, Lori (nee’ Trunk), at St. Therese Catholic Church in Appleton. They were blessed with three children – Nathan, Adam and Melanie, and celebrated 31 beautiful years together this past October. Jerry’s faith was very important to him and he was a member of St. Pius X Catholic Church, along with his family.

A devoted family man, nothing made Jerry prouder than being a dad and the special relationships he had with his two sons and daughter. Family always came first and he enjoyed attending each one of his kids’ school activities with Lori, never missing the chance to cheer them on at countless basketball, football and baseball games throughout the years. He was also in his element watching Nathan coach boys’ basketball at the junior varsity and freshman levels at Kimberly and Hortonville High Schools.

Jerry followed the Packers, Brewers, Badgers and Bucks and he loved watching games and talking sports with his sons and nephew, Mark. He enjoyed Sanford & Son, Bonanza, and Gilligan’s Island TV reruns and he knew the history behind so many popular and obscure songs and musical groups, with the Doors and the Beatles among his favorites.

Jerry will also be deeply missed for his tremendous sense of humor, witty puns and his kind hearted personality which made him such a joy to be around.

He was preceded in death by his father, Richard B. Van Handel, and deceased members of the Trunk Family: Werner and Millie, father and mother-in-law, and brothers-in-law: Mark R. and Michael.

Visitation for Jerry will be held at the WICHMANN FUNERAL HOME, 537 N. Superior St., Appleton, on Wednesday, February 12 from 4:00 p.m. until 7:00 p.m. His Funeral Mass will be held on Thursday, February 13 at 11:30 a.m. at St. Pius X Catholic Church, 500 W. Marquette St., Appleton, with Rev. James Jugenheimer officiating. Friends and family may also call Thursday during an additional time of visitation at the church from 9:30 a.m. until the time of the service.

In lieu of flowers, a memorial scholarship is being established in Jerry’s name with the UW-Oshkosh Foundation to be awarded annually to a deserving Radio/TV/Film student.

The family would like to extend their sincere thanks to the physicians and nursing staff at the ICU at ThedaCare – Appleton for the special care, love, and compassion shown to Jerry and to our family.  We will never forget your kindness.

“Forever in our hearts until we see you again.”