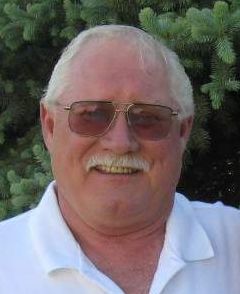 Jerry McFarlane, age 72 of Combined Locks, passed away at his home on Monday, March 18, 2019. Jerry was born in Bowler, Wisconsin on July 14, 1946, son of the late George and Alma (Johnson) McFarlane and attended Bowler High School. As a young man, Jerry served his country in Vietnam as a member of the United States Army. Later, he was employed for many years as a truck driver for Gene Frederickson Trucking, having retired in 2017.

Jerry enjoyed a variety of activities throughout the years. When he was young, he was an avid and talented bowler. He also played darts and appreciated old school country music (especially Wynn Stewart). A skilled handyman, he and Carolyn spent many years camping at Wildlife Campground where Jerry participated in the campground’s annual Twister Festival. Hunting, ice fishing, golf, grilling, and attending the Hodag Festival were also among his favorite past times. Most of all, Jerry treasured the time spent with his grandchildren.

He was preceded in death by his parents, siblings: Shirley, Larry, Don, Georgie, Pat, Nellie, and Bob; a son-in-law Sean Duffey; and brothers-in-law David Green and Daniel Green.

A memorial service with full military honors will be held at 11:00 AM on Saturday, March 23, 2019 at the Wichmann Funeral Home, located at 537 N. Superior Street in Appleton, with Rev. Dennis Ellisen officiating. Family and friends are invited to gather at the funeral home on Saturday morning from 9:00 AM until the time of the service.

Jerry was loved by all, and will be fondly remembered for “always being right” and for sitting back in his easy chair, delegating duties to others, while sipping on a Southern Comfort manhattan. Rest in peace, Jerry. We love you.