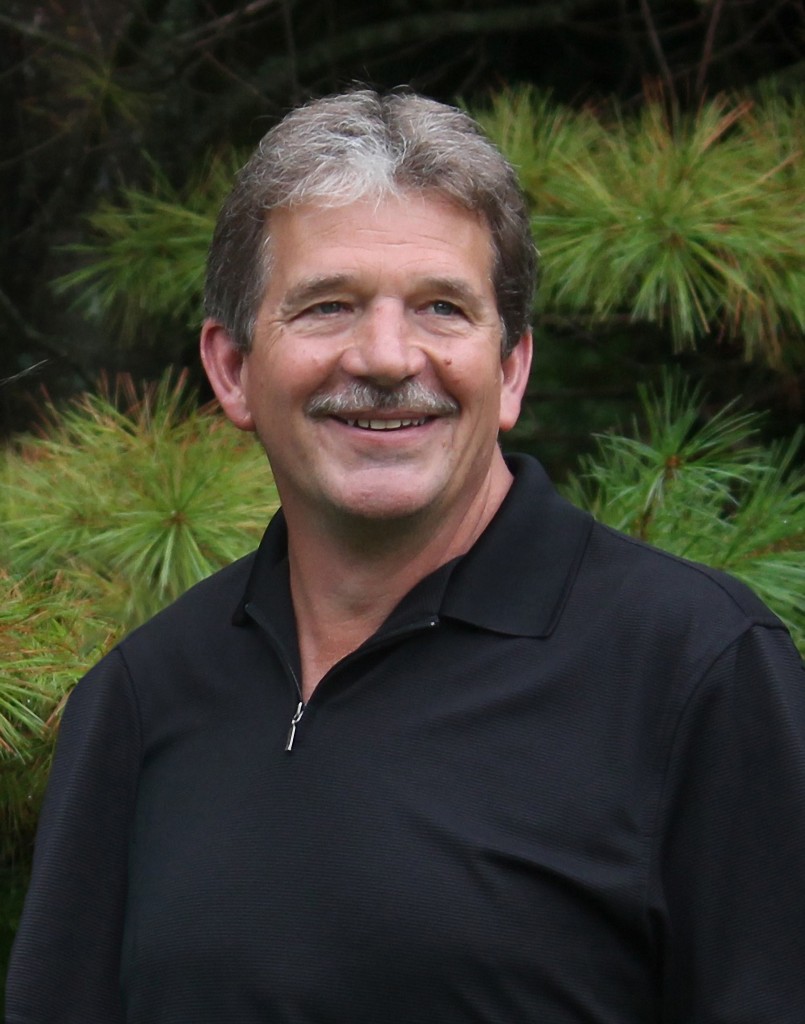 Jerry Fronek—husband, father, grandfather, brother, custom woodworker, and all around helpful handyman—died at home surrounded by family on Friday, June 28, 2019 in Hortonville, WI after his long fight with brain cancer. He is now at peace and enjoying life ever after with Jesus.

‚ÄãJerry was born in Green Bay, WI on April 20, 1959, to Jerome and Carole Fronek who assumed he’d become a fellow trucker like the rest of the Fronek clan. Jerry did not oblige them, as he found his calling in custom woodworking and lending a hand with anything family or friends needed. The love of his life, Catherine, brought him to Neenah and they were married in Waupaca in 1991. They enjoyed many years together building their family, making friends throughout the United States during their many moves, and adventuring together on vacations.

‚ÄãJerry once described his best accomplishment as leaving those he loved with little pieces of him in the furniture he crafted and gave to friends in Wisconsin and throughout the country, “although being a husband and father is a close second.” A proud and often even a gruff man, the two things Jerry never lacked were affection and deep unspoken love for his friends and family—along with a good punch line every now and then. His daughters and son, Angela, Nicole, and Ben, remember him as the one who encouraged them to try new things—from woodworking, lacquering, and even riding a bike. Nicole will always remember him as the father who made her breakfast before school and walked her to the bus until she was ready to graduate. Angela remembers all the great golfing they did together, even when she let him win (although the score never mattered, only who had the longest drives… and Jerry always seemed to have a defective driver.) Ben will always remember Jerry's willingness to help him out with jobs and teach him how to always improve his craftsmanship.

‚ÄãA woodworker from his first shop class in high school, Jerry was often seen working in his shop and dancing to “Jon Pardi” when he thought no one was looking, wearing his faded Levi jeans and Duluth one-pocket tee shirts. He always knew how to fix anything, and was a helping hand to anyone that needed it. He was also always known to befriend old men and ladies in any public setting such as Brewer’s games, supper clubs, or at the golf course. He especially enjoyed watching “Polka, Polka, Polka” on Sunday mornings in his last few months.

Jerry will be remembered for his wit, big heart, sassy mouth, and being the best-dressed gentleman on the golf course with his buddies. He loved his work, golf, a very clean suburban (which always had to remain clean) and most of all, his friends and family.

‚ÄãSpecial thanks to Pastor Bryan for restoring Jerry's faith in Jesus. As well as thanks to the care Jerry received from Dr. Klinkhammer and his team, along with Christina, Katie, Paula and the rest of the hospice team. Thanks also go out to the family and friends that supported Jerry and his care in his final months at home.
In celebration of Jerry's life, visitation will be from 2:00 PM to 4:00 PM on Friday, July 5th at Wichmann Funeral Home Tri-County Chapel followed by a service at 4:00PM. In lieu of flowers a memorial fund has been set up for the family.