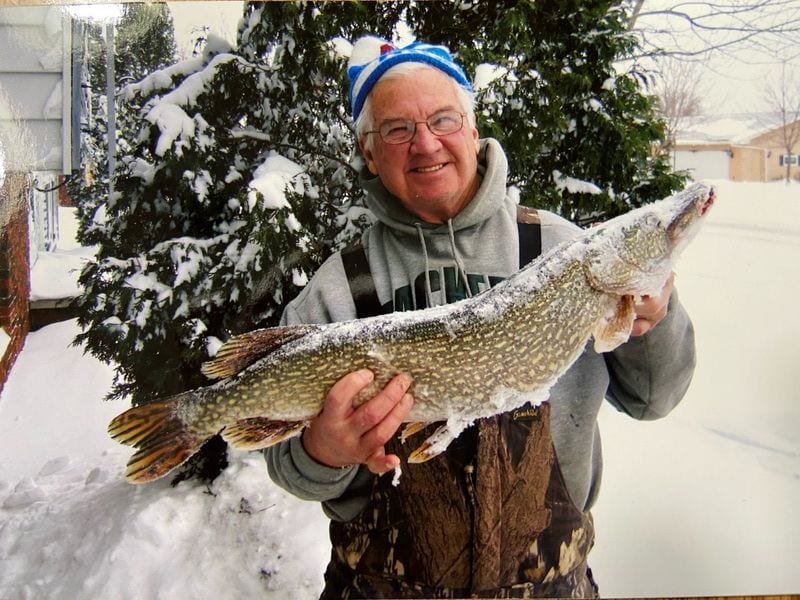 He was preceded in death by his parents, a brother Gene Minten, brothers in-law Ronald Hammen, Marvin Smits and a sister in-law Carol Smits.

Dad was employed at the mill in Kimberly until his retirement in 1997. Dad enjoyed fishing with family and friends. He also sturgeon speared and we all remember his excitement spearing his first sturgeon and getting his picture taken that day by so many people that he “felt like a celebrity”. Golf was another favorite pastime of Dad’s. He played in a Wednesday morning golf league.  Dad and mom had a camper and spent time camping in Minocqua and Calumet County Park. He was his grandkids’ greatest supporter and biggest fan. Spending countless hours watching them play football, basketball, volleyball, and rugby or admire their ability to wrestle, run cross country, or dance. The grandkids were also just as proud to have him as their favorite fan. Sunday’s were spent watching football on tv. Dad also spent many hours repairing lawn mowers, snowblowers and enjoyed the challenge of getting them running again. He spent most of his time outdoors and enjoyed the company of his neighbors Bob and Nancy. Dad never cared for material things, it was more about the simplicity and love of family and life that mattered to him. Dad truly was one of a kind, we are proud and extremely lucky to call him dad and Grandpa Buddy.

Due to the current health situation a private gathering was held and a ceremony will be held to celebrate dad’s life near his birthday in April 2021.