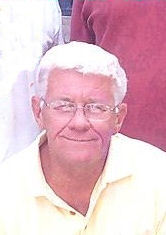 Gerald “Jerry” Vandenberg, age 67, of Combined Locks passed away peacefully on June 1, 2014 at Cherry Meadows with his family by his side.

After graduating from Kimberly High School, he proudly went on to serve his country in the U.S. Marine Corps. from 1965-1967. On August 9, 1968 he married the love of his life Linda (Helms) Vandenberg. He worked as an electrician for numerous contractors over the years and belonged to the IBEW Local 577 of Appleton.

Jerry was an avid Brewer and Packer fan. He also enjoyed outdoor activities such as hunting, fishing, horse shoes and just being up north.

The family would like to extend a heartfelt thank you to the staff at AMC ICU as well as Cherry Meadows for their care and compassion during this very difficult time.

Jerry,
You were my rock and best friend. I will miss you deeply until we meet again.
Love You, Linda