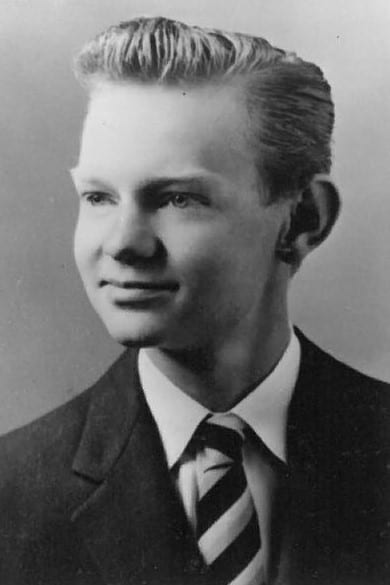 Jerrold “Jerry” R. Skogeboe, 79, Appleton, died on Sunday, March 8, 2020. He was born on October 5, 1940, in Minnesota to the late Mayer and Ruth (Tesdahl) Skogeboe. Jerry graduated in 1957 from Austin High School in Minnesota. He was proud to be of service in the United States Air Force. Jerry enlisted on April 20, 1961, was deployed to Japan for 2 years and was honorably discharged on December 12, 1965. After returning to Minnesota Jerry attended Austin Community College. Jerry worked for Ingersoll Milling Machine Company for 30 years until his retirement in 2001. He was a member of The Order of the Moose fraternity. Jerry took joy in dancing to any music he heard.  He enjoyed fishing for any fish that would take the bait. Jerry was a selfless man who would give the shirt off of his back and was a social man who could talk to anybody. Jerry was a loving, hands-on-grandfather.

A memorial service for Jerry will be held at 12:00 PM on Saturday, March 14, 2020, at the WICHMANN FUNERAL HOME, TRI-COUNTY CHAPEL, 1592 Oneida St., Menasha, 54952. Friends and family may visit at the funeral home from 10:00 AM until the time of the service. Military honors will be conducted by active duty members of the United States Air Force.