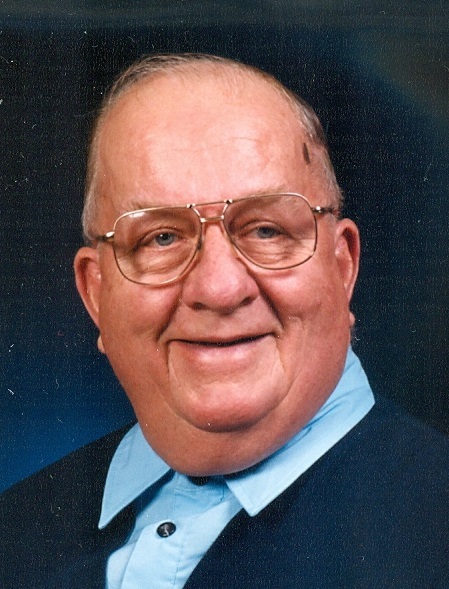 Jerome Huss, age 92 of Kaukauna, died at the Wisconsin Veterans Home in King, Wisconsin on Monday, January 30, 2017. Jerry was born in Kaukauna on February 20, 1924, son of the late George and Catherine (DeCoster) Huss. He attended Holy Cross School in Kaukauna and later married Dolores Hamilton on October 10, 1946 at Holy Cross. The couple celebrated their 70th anniversary in 2016. Jerry drove bus for Fox River Lines, and from 1961 until 1978, he and Dee owned and operated Jerry and Dee's Tavern. After retiring, he returned to Valley Transit for a time. Jerry was a very busy man about town. He was the past president of the Kaukauna AARP Chapter and was the first president of the Heart of the Valley Golden K Kiwanis Club, where he was presented the George Hixon Award for outstanding service.

Jerry served his country as a member of the United States Army from 1943 until 1946. He was stationed in Ludlow, England with the 123rd General Hospital. His duty was to go to the English Channel and meet the boats bringing wounded soldiers from France and Germany who needed medical care. He was currently a member and past commander of American Legion Post 41 and VFW Post 3319. He also was the Outagamie Commander, 9th District Vice Commander, Chef de Gare of the 40 and 8, and was past president of Branch 64 of the Catholic Knights. He also served as president of four other local organizations.

The funeral liturgy for Jerry will be held at 11:00 AM on Friday, February 3, 2017 at Holy Cross Catholic Church, 309 Desnoyer Street in Kaukauna, with Fr. Tom Pomeroy officiating. Full military honors will follow the service at the church. Interment will take place in Holy Cross Cemetery. Family and friends are invited to gather from 4:00 PM until 7:00 PM on Thursday at the Fargo Funeral Home, 400 W. Wisconsin Avenue in Kaukauna, and again Friday morning at the church from 10:00 AM until the time of the service. For more information or to share a memory of Jerry, please visit www.wichmannfargo.com.